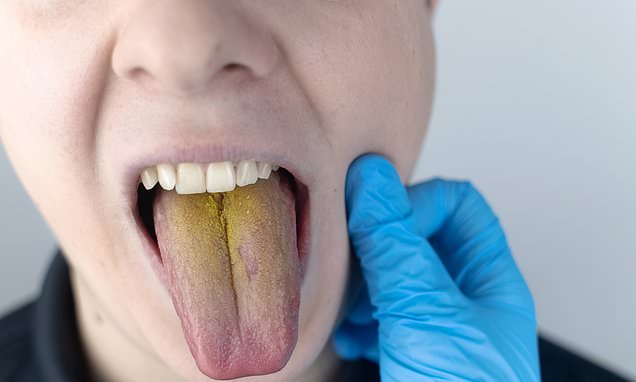 How can I get rid of yellow gunge that covers my tongue? DR PHILIPPA KAYE answers your questions

I have suffered from a slimy yellow deposit on my tongue for nearly three years. Doctors have recommended antifungal tablets – no improvement. I’ve tried a different toothpaste, regular tongue scraping and mouthwash. Nothing has an effect. Any ideas?

Yellow discolouration on the tongue is usually due to a build-up of dead skin cells on the papillae – the tiny projections on the surface of the tongue that give it its characteristic rough texture.

This tends to happen when the papillae become enlarged or inflamed. Common infections such as colds and flu, acid reflux, smoking and even eating spicy foods might be triggers. 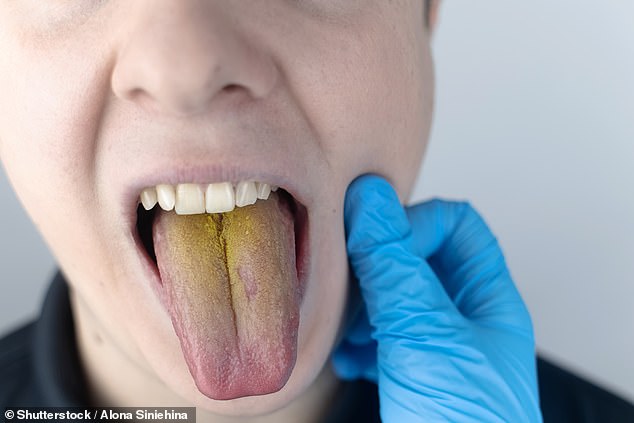 Be honest, are you too old to drive?

When is a person too old to drive? At the moment, when we reach 70 we’re required by law to renew our licence, and then again every three years afterwards.

But this simply involves filling in a form confirming you can still see well and don’t have any medical conditions that would pose a risk.

If there is a health problem, GPs might be asked by the DVLA to make an assessment.

But usually it’s a system that relies on the honesty and judgment of individuals to know whether or not they’re fit to drive.

Having heard a few stories recently about people reluctant to relinquish their licence, despite being quite doddery and frail, I have begun to wonder whether the system works.

Deaths among elderly drivers increased by eight per cent between 2018 and 2019, according to figures from the Department for Transport.

Should there be a more stringent assessment of fitness to drive as we get older? Or is it totally up to us when we stop, if we’re in good health?

Write to us and let us know.

It could also be because of a dry mouth – due to other medical conditions – or as a side effect of medication, particularly those containing bismuth such as Peptobismol, taken for heartburn.

I know it sounds obvious, but a dry mouth is also commonly caused by not drinking enough water, so it’s worth considering this.

Bacteria that live in the mouth feed on the build-up of dead cells and over-grow, and they are what causes the yellow colour.

It can worsen, becoming black or brown. It’s not a fungal infection, which is why antifungal treatments are ineffective.

We’d advise stopping smoking (if you do) and increasing fibre in your diet, which will help boost the good bacteria in the mouth.

A dentist may recommend specific mouthwashes, such as those containing hydrogen peroxide, as well as give advice on appropriate mouth care.

A yellow tongue could also be a sign of jaundice, which is a symptom of a number of conditions, such as gallstones, liver disease and pancreatitis, and these should be ruled out.

My son is 36 and has suffered from hand tremors for years. He struggles with everyday tasks and we are absolutely desperate to find help. Can you point us in the right direction?

Everyone’s hands probably tremble a bit, from time to time, and sometimes, you might notice it more than others.

Being tired or stressed, and drinking too much caffeine can all make our hands shake more than usual.

But for those with a severe tremor, lifting a cup, dressing and doing up buttons and writing can become difficult or impossible. And this can have a significant impact on quality of life. 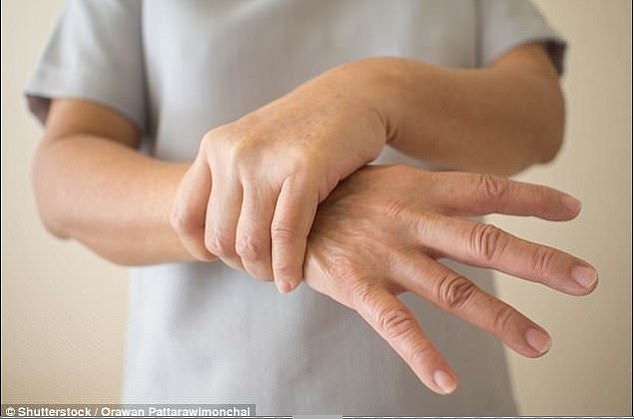 Everyone’s hands probably tremble a bit, from time to time, and sometimes, you might notice it more than others

We recently focused on the downsides of taking proton pump inhibitors, a type of acid reflux medication, long term – and received dozens of letters from readers who’d been taking them, in some cases for more than a decade.

One reader said she’d no idea there was a risk of serious side effects like osteoporosis until she broke her wrist.

Another, taking a whole range of medicines, had been told by her pharmacist to take it because ‘all older people should be on it’.

Understandably, she was concerned, having read that the drug wasn’t appropriate for long-term use. Now, having read many similar accounts, I am too.

There are rare stomach conditions that might require taking it continuously. And if a patient still has symptoms, we might extend prescriptions, but this would require monitoring.

The guidance is clear: patients should be on the lowest dose for the shortest time possible.

Have you been taking a proton pump inhibitor, such a Lansoprazole or Omeprazole, for longer? We need to know.

Tremors can be brought on by brain injury or stroke, or it can be a symptom of Parkinson’s disease, multiple sclerosis and other health conditions such as liver disease and an overactive thyroid (hyperthryoidism).

It can also be a side effect from taking various medications, including the blue asthma inhaler –salbutamol – and certain psychiatric drugs.

If all these things are ruled out as the cause, we call it essential tremor, a condition believed to affect one in 100 people.

The exact cause of essential tremors isn’t known, but it may be genetic as it tends to run in families and it’s often more noticeable in the dominant side and in the hands.

It’s more often seen in the over 65s and studies suggest people often suffer for years before seeking help.

Treatments include the beta blocked propranolol – a medication used for various conditions such as heart disease, migraines and anxiety.

A referral to a neurologist might be needed, and the anti-seizure medication primidone, Botox injections and even brain surgery, or other procedures on the brain, could be offered.

I am 71, and have recently been diagnosed with myasthenia gravis. It wasn’t a great shock, as I’ve suffered the symptoms for years, including weak muscles, coughing fits and problems swallowing. Recently I almost choked when something ‘went down the wrong way’ – now I’m scared I am going to choke to death one day.

Dr Ellie will be back soon

In the meantime, her GP colleagues will be stepping in to answer your questions.

Keep writing in to [email protected]

Typically, people will first notice muscle weakness which tends to get worse with activity and improves with rest. It’s diagnosed using blood tests and scans.

It can cause problems with chewing and swallowing, and this can lead to recurrent chest infections if food is inhaled.

Treatment options include medications such as pyridostigmine, which slows the immune attacks on the nerves and increases muscle strength, steroids and other immune suppressing treatments.

A thymectomy, to remove the thymus gland, might also be offered.

The thymus produces the antibodies that attack the muscle-nerve connections, so taking it out can help.

With treatment, myasthenia gravis can go into remission, meaning that the symptoms resolve, either temporarily or permanently.

Patients can then lead normal lives, with normal life expectancy, and the risk of issues such as choking are significantly reduced.