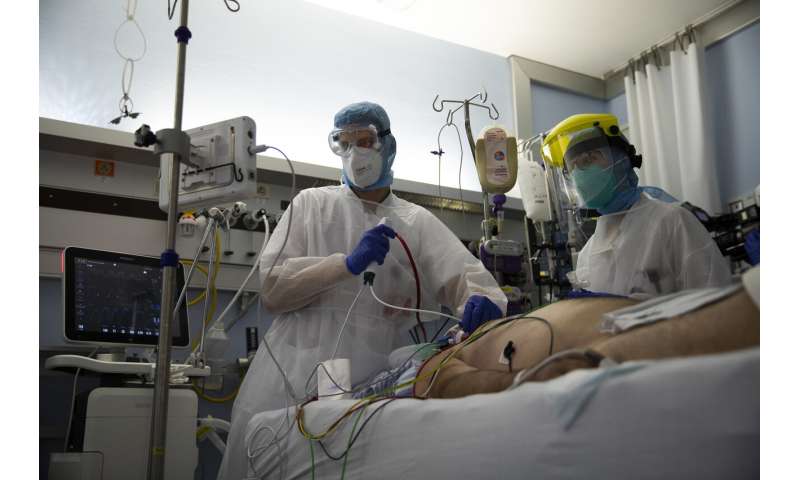 Small, yet so divided, Belgium has been hit hard again by the pandemic, and now presents some of the most worrying statistics in a continent reeling under the virus’ resurgence.

If ever there was a common enemy for the rival Dutch- and French-speaking citizens and regions to fight, this would surely be it. But even now cooperation goes against the grain in Belgium, to the extent that the country’s Roman Catholics bishops issued a call for all, in the name of the Lord, to show some unity.

“We can win the battle against the coronavirus only if we do it together,” the bishops said in a joint letter ahead of Sunday’s All Saints Day, highlighting the different rules imposed by the country’s national and three regional governments, who are responsible for an area 300 kilometers (185 miles) at its widest reach.

This week, news struck that the European Centre for Disease Prevention and Control had recorded Belgium—shoehorned in between Germany, France and the Netherlands—as having the highest 14-day cumulative number of COVID-19 cases per 100,000 citizens, just surpassing the Czech Republic.

At 1,390.9 per 100,000 people, it far outstrips even hotbeds like France or Spain. Nearly 11,000 people have died so far, and experts say all such confirmed numbers undercount the true toll of the pandemic. 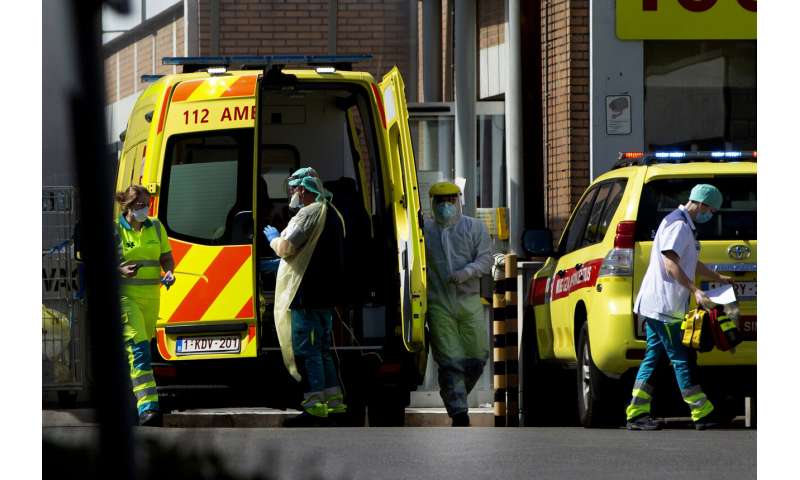 All this in a wealthy nation of 11.5 million people where no fewer than nine ministers—national and regional—have a say on health issues. The dictum “less is more” never reached the Belgian high echelons of power.

“A great many politicians can claim power but, in the end, no one is ever responsible,” historian and former member of the European Parliament Luckas Vander Taelen said. He called Belgium’s system of multiple layers of government to serve the 6.5 million Dutch-speaking Flemings in the north and the 5 million Francophones “institutional lasagna.”

Throughout the pandemic crisis, the Belgian population was unified in one thing: The general sense of confusion and bewilderment about the ever-changing measures imposed by the different layers of government. For someone living near Brussels, a closing hour or limits on sports hall attendance might mean three different things within a radius of 20 kilometers (12 miles). 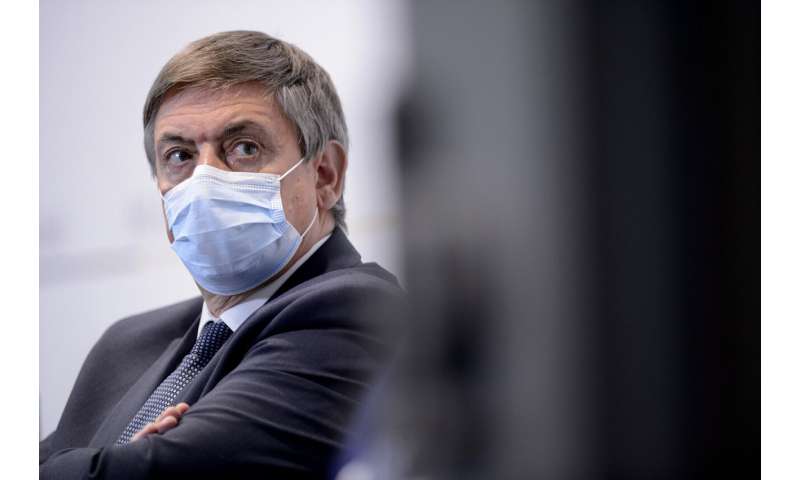 Late Tuesday, the regional government of Flanders finally considered adapting its coronavirus curfew to match that of the francophone region and Brussels, but then thought better of it. While it stays at midnight in the north of the country, it is at 10 p.m. in other areas, complicating life for everyone who travels from one region to the other, as so many commuters do.

Even during the health crisis, linguistic strife raised its head, something which has never been fully contained during almost two centuries and two World Wars, when the whole nation faced one common enemy.

Christoph D’Haese, the mayor of Aalst in Flanders, recently said he would no longer accept patients from Brussels, Belgium’s largely francophone capital. 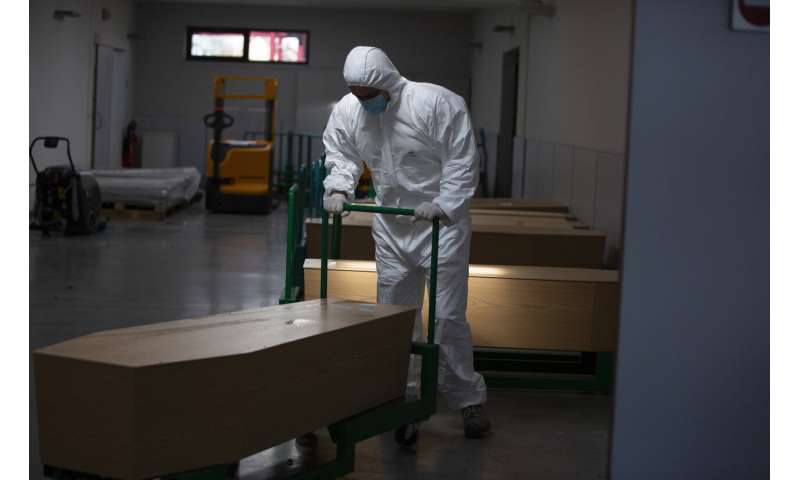 When the Brussels UZ hospital, with Flemish roots, warned that the capital needed to take tougher action to contain the crisis, the Francophone Brussels Health Minister Alain Maron sniped back that “when a Flemish hospital in Brussels raises a problem, it is a major issue, and when six of 14 hospitals in (Flemish) Antwerp are in the same situation, nobody talks about it.”

Vander Taelen has seen it all before. “So fast, you get to the level of village politics. Even when lives are at stake.”

Paradoxically compounding the problems of too many governments is the issue that Belgium had been without a fully-functioning national government for almost 500 days before Prime Minister Alexander De Croo cobbled together a 7-party coalition one month ago. One of the last measures his predecessor took in September was to relax virus measures—against the advice of medical experts. That relaxation is now partly blamed for the record surge this fall. 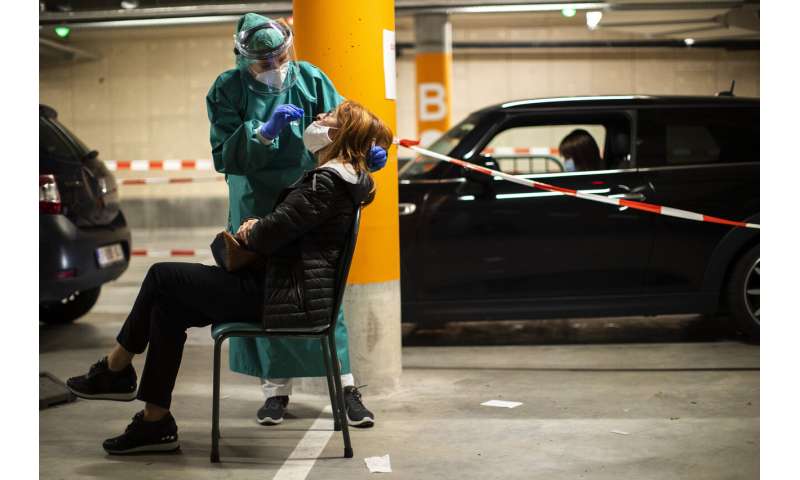 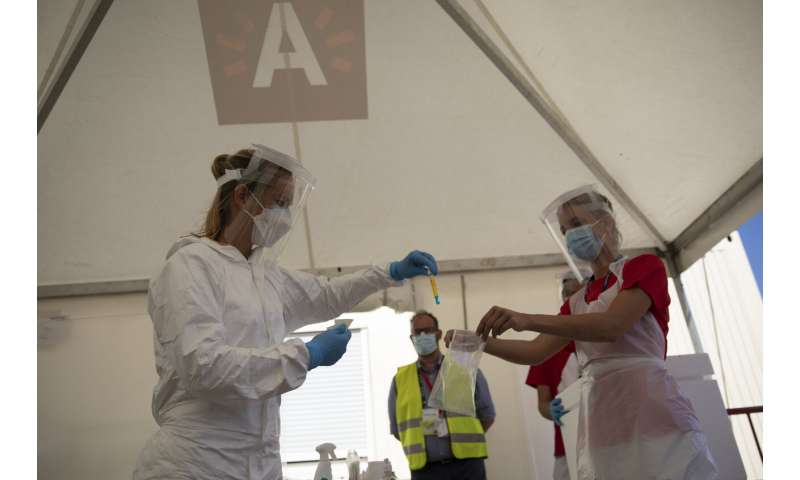 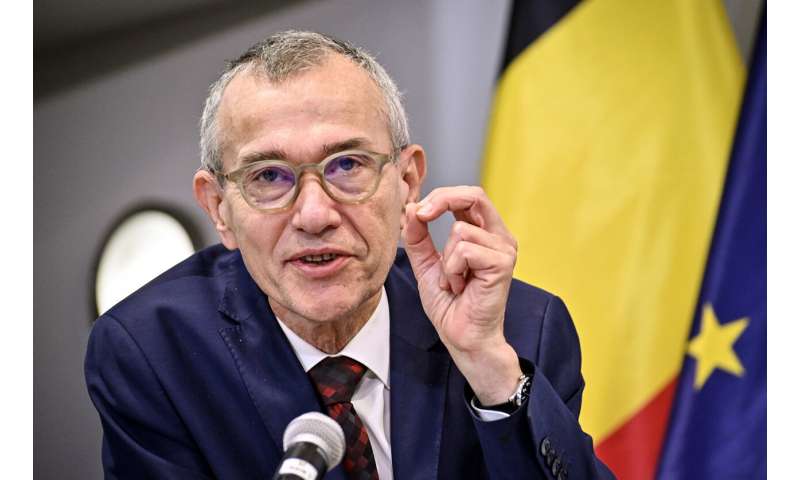 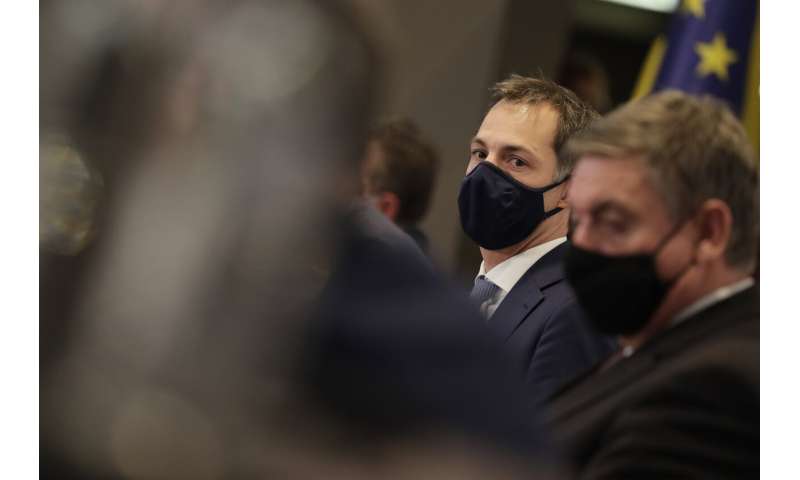 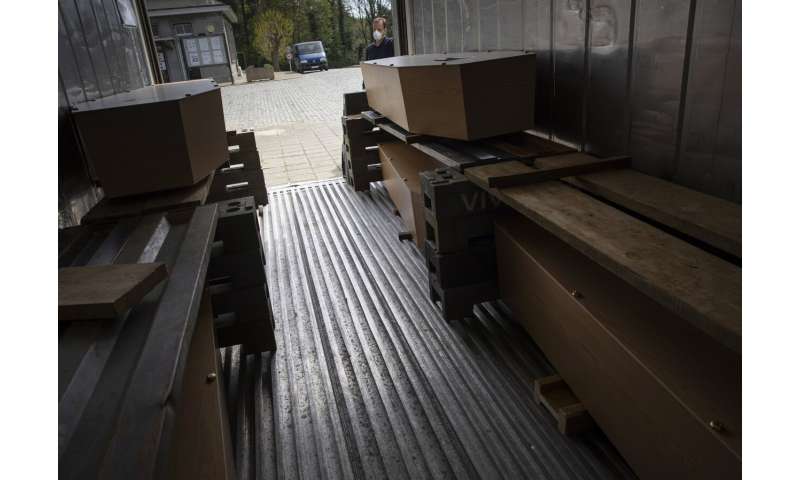 Charles Michel, the European Union Council President, was groomed in Belgian politics but now sees that against such a foe only a continent-wide approach is effective, not a patchwork of ill-coordinated local measures.

“Of course, health—like social affairs—is primarily a matter for the member states, and even the regions. However, this crisis has already demonstrated that no single country can tackle the situation on its own,” he said Tuesday. “Any management of this epidemic on a patchwork basis, whereby some would emerge better off than others, would serve only to exacerbate the economic imbalances.” 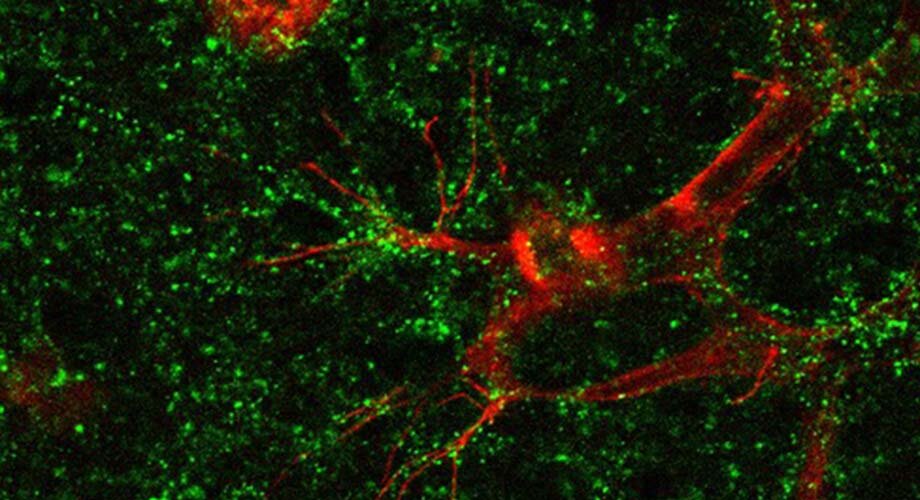 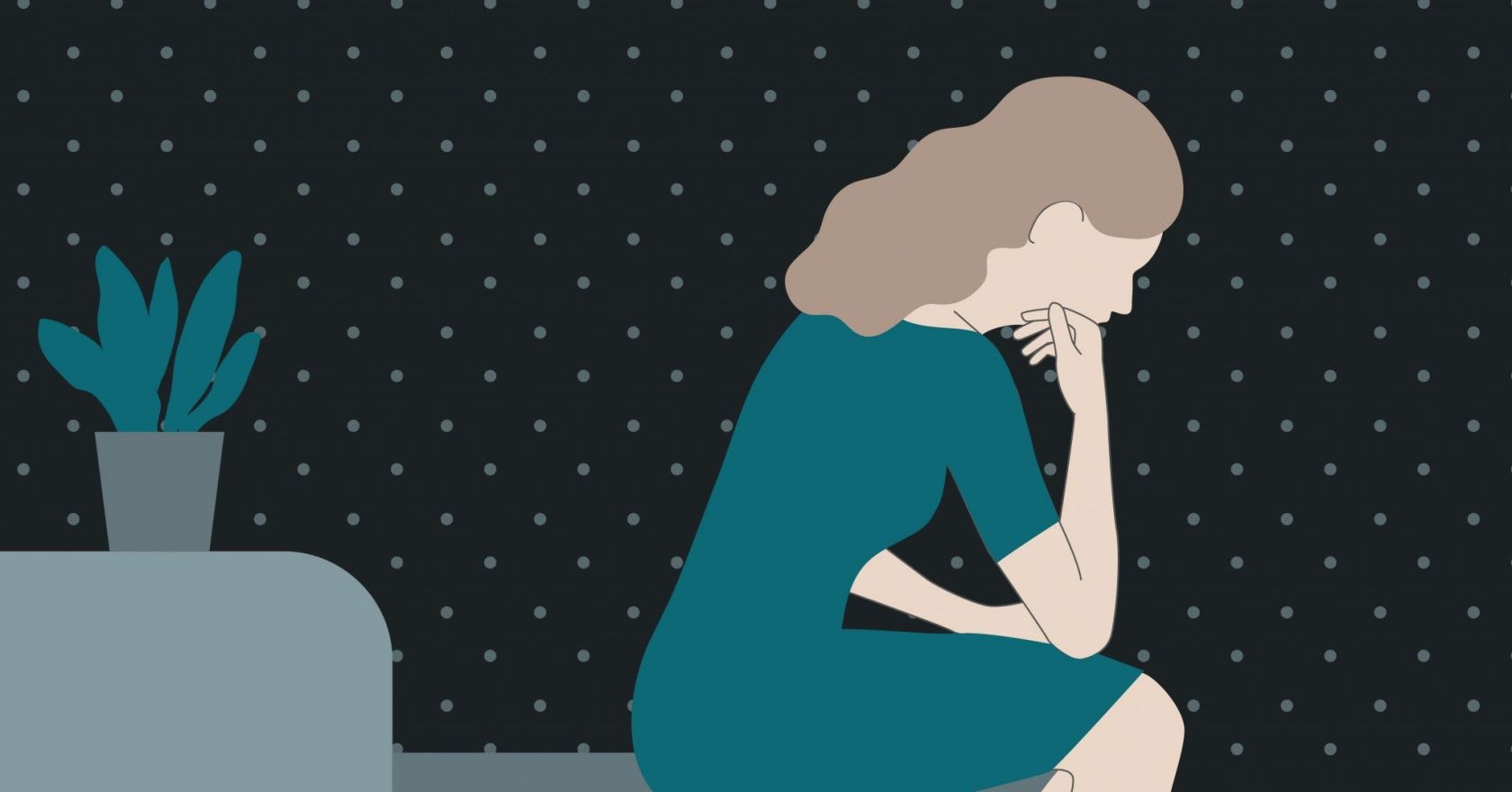