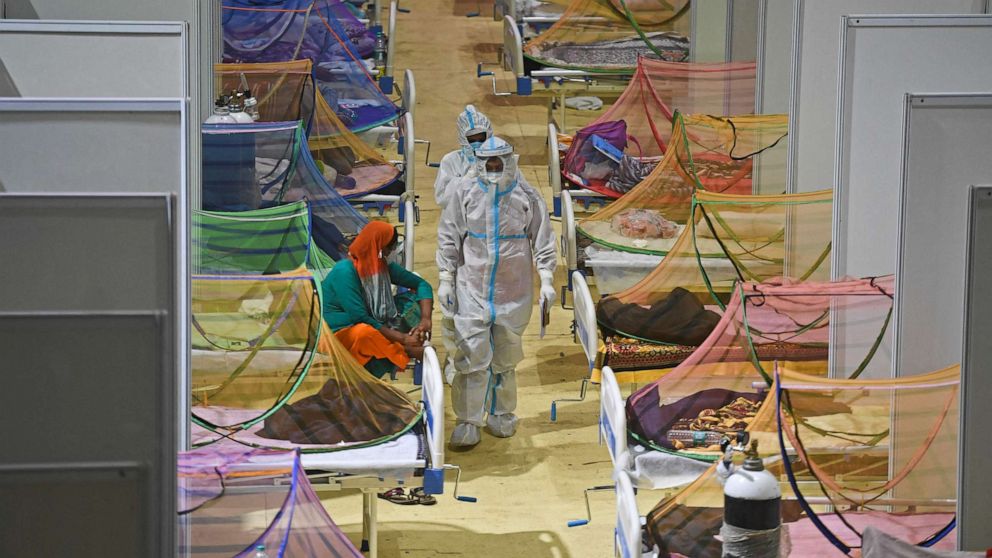 Amid the staggering 300,000 to 400,000 COVID-19 infections reported daily over the last week in India, doctors are now reporting a new problem: a growing number of a deadly fungal infections among those recovering from coronavirus.

Experts believe these infections, known as mucormycosis — which had a high prevalence in India, compared to other countries, prior to the current pandemic — are not caused by COVID-19 itself.

Rather, some doctors in India believe these fungal infections are exacerbated by the use of steroids, a common treatment for COVID-19, which can suppress the immune system.

Mucorales is a fungus found worldwide and most people with working immune systems never know they have been in contact with this mold since the immune system does its job of keeping it at bay.

Unfortunately, people who have a suppressed immune system and those with uncontrolled diabetes are particularly susceptible to this rare fungal infection. Without proper immune defense, this type of fungus can cause life-threatening illness in the body.

It manifests as a black, fungal infection in the sinuses or lungs and can spread from the sinuses to the brain. Other more rare places to have this infection are in the skin, gut, kidney or throughout the body known as disseminated infection.

More than half of people who develop mucormycosis die, according to the U.S. Centers for Disease Control and Prevention. It’s typically treated with anti-fungal medication, either through an IV or by mouth, and the infected tissue may need to be removed surgically.

In case reports published in the scientific journal Mycopathologia, authors named this disease COVID-19 associated mucormycosis, or CAM, and a review of recent literature found that most cases were associated with diabetes, but they also found at least three cases that showed an association with steroid treatments in patients with COVID-19.

Three of the eight cases studied were patients in the United States. India has the second-highest prevalence of diabetes in the world and the United States has the third highest, which may also place these patients at higher risk.

More research about the association of COVID-19, mucormycosis and the use of steroids is needed, but it’s a combination of problems that can quickly lead to death if it is not recognized and treated early.

Dr. Jade A. Cobern, a pediatric resident in Baltimore entering the field of preventive medicine, is a contributor to the ABC News Medical Unit.