Computed tomographic angiography (CTA) appears preferable to standard cath-based angiography for the initial evaluation of most stable, intermediate-risk patients with angina-like symptoms, researchers say, based on their study conducted at centers across Europe.

Clinical outcomes over several years in the randomized trial — called DISCHARGE, with an enrollment of more than 3500 — were statistically similar whether the patients were assigned to CTA or invasive coronary angiography (ICA) as their initial evaluation. Symptoms and quality-of-life measures were also similar.

But the patients assigned to the initial-CTA strategy, of whom fewer than a fourth went on to cardiac cath, showed far fewer procedure-related complications and less often went to coronary revascularization during the median follow-up of 3.5 years, the group reported March 4 in the New England Journal of Medicine.

Based on the findings, CTA “is a safe alternative to cardiac catheterization for patients with suspected CAD [coronary artery disease] that will likely change clinical practice worldwide by replacing invasive testing in patients with stable chest pain who can be expected to benefit” those with an intermediate pretest probability for obstructive disease, principal investigator Marc Dewey, MD, Charité – Universitätsmedizin, Berlin, Germany, told theheart.org | Medscape Cardiology.

None of the patient subgroups explored in the trial showed a significant clinical benefit from one strategy over the other, Dewey commented in an email.

The trial’s results don’t apply to patients unlike those entered, and in particular, he said, “ICA should remain the first test option in patients with high clinical pretest probability of obstructive CAD.”

Dewey is senior author on the study’s publication, which was timed to coincide with his presentation of the results at ECR 2022 Overture, an all-virtual scientific session of the European Congress of Radiology.

The trial’s 3561 patients with stable chest pain — at 26 experienced centers in 16 countries — were randomly assigned to undergo CTA or ICA as their initial diagnostic imaging approach. Entry required them to be at intermediate risk, defined as an estimated 10% to 60% probability of having obstructive CAD. Of note, women made up about 56% of both groups.

Imaging was positive for obstructive disease in 26% of the 1808 patients in the CTA group and in the same proportion of the 1753 who were assigned to ICA. Nonobstructive CAD was identified in 36% and 22%, respectively.

With a complete follow-up in about 99% of patients, the report notes, the rate of the primary endpoint of major adverse cardiac events, or MACE (cardiovascular death, nonfatal myocardial infarction, or nonfatal stroke) was 2.1% in the CTA group and in 3.0% in the ICA group. The adjusted hazard ratio (HR) of 0.70 (95% confidence interval [CI], 0.46 – 1.07; P = .10) fell short of significance.

The corresponding HR for an “expanded primary outcome” that also included transient ischemic attack or major procedure-related complications was 0.60 (95% CI, 0.42 – 0.85) in favor of the CTA group.

As a “pragmatic trial,” DISCHARGE relied on clinically identified events for the endpoint assessments, and did not require, for example, laboratory biomarker or neurologic imaging for confirmation, the report notes.

But the prevalences of angina during the final 4 weeks of follow-up, the group reported, were statistically similar at 8.8% and 7.5% for patients assigned to CTA and ICA, respectively.

“This result is probably a consequence of the lack of effect of revascularization on cardiovascular events among most patients with stable angina and the limited number of those with high-risk anatomy who would benefit from revascularization in the trial,” he writes.

That CTA was performed “significantly earlier than angiography, 3 days vs 12 days after enrollment,” may have led to earlier coronary revascularization in that group and therefore “a better outcome in patients whose anatomy would benefit from it.”

Loscalzo questioned several aspects of the trial design, which, for example, led to a more than 35% prevalence of patients with nonanginal chest pain among those randomized. Different criteria for classifying patients as “intermediate risk” might also have contributed to the fairly low prevalence of patients in either group ultimately identified with obstructive CAD, he proposes. That low prevalence “suggests that the overall trial population had a low risk of obstructive CAD rather than an intermediate risk.”

DISCHARGE was supported by grants from the European Union Seventh Framework Program, the Berlin Institute of Health, Rigshospitalet of the University of Copenhagen, the British Heart Foundation, and the German Research Foundation. Disclosures for the authors and editorialist are available at NEJM.org. 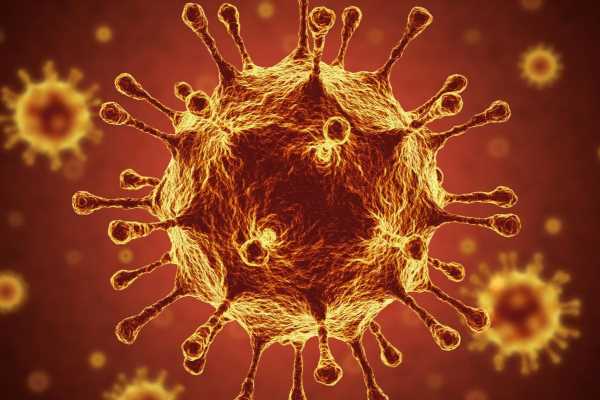