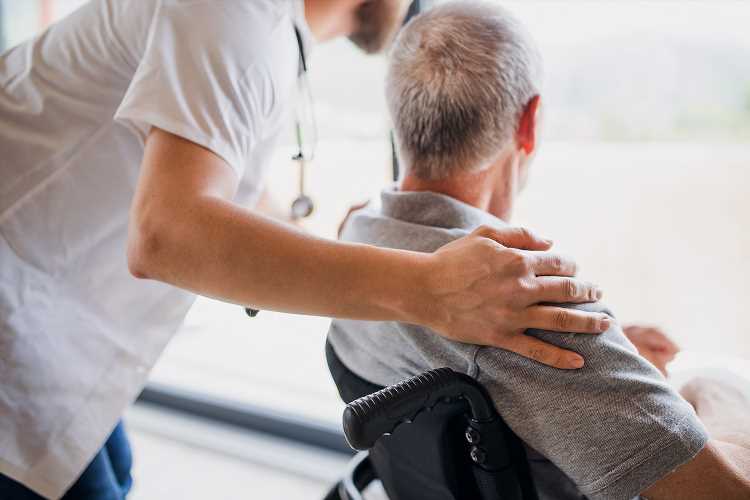 The New York State Health Department underreported its COVID-19 death toll in nursing homes by as much as 50 percent, according to the state's attorney general.

Since March, Attorney General Letitia James has been investigating the state's nursing homes and their response to the COVID-19 pandemic.

On Thursday, James' investigators concluded in a 76-page report that "a larger number of nursing home residents died from COVID-19 than the New York State Department of Health's (DOH) published nursing home data reflected and may have been undercounted by as much as 50 percent."

According to the report, the state may have obscured a more accurate estimate of nursing home deaths because the state count — which is currently more than 8,700 — only includes the number of patients who died at the facilities. It does not account for residents who died at a hospital after being transferred from a nursing facility.

"As the pandemic and our investigations continue, it is imperative that we understand why the residents of nursing homes in New York unnecessarily suffered at such an alarming rate," James said in a statement.

She continued, "While we cannot bring back the individuals we lost to this crisis, this report seeks to offer transparency that the public deserves and to spur increased action to protect our most vulnerable residents."

A statement from Health Commissioner Howard Zucker denies the assertion that the state "undercounted" the fatalities, insisting that the state's total death count is accurate, regardless of if these distinctions were made.

He adds that his department "does not disagree that the number of people transferred from a nursing home to a hospital is an important data point" and is currently auditing that data from nursing homes.

The report also takes aim at a March 25 directive from Governor Andrew Cuomo, which said nursing homes could not deny admission or readmission to patients based on a confirmed or suspected diagnosis of COVID-19.

Cuomo's office did not immediately respond to PEOPLE's request for comment.

The directive was reversed in May, but the attorney general's report states that it "may have put residents at increased risk of harm in some facilities and may have obscured the data available to assess that risk" because facilities were barred from requiring COVID-19 tests as a criteria for admission.

State health officials have repeatedly defended the directive, saying that nursing homes were responsible for reporting if they were not equipped with the infection control measures to take care of these patients.

RELATED: How a Mysterious Illness Led to 1.9 Million Deaths: A Look Back at 1 Year of the COVID Pandemic

The AG's report admits the directive was consistent with CDC guidance at the time to help with hospital capacity concerns that the state was experiencing early in the pandemic.

In July, the Department of Health released a report stating that many these patients "were no longer contagious when admitted and therefore were not a source of infection." Instead, the Health Department insists that the virus was spread more by nursing home staff who did not know they were contagious.

The new report from the attorney general also states that lack of compliance with infection control protocols, lack of PPE for staff and lack of testing for staff and residents contributed to a heightened risk factor at many nursing homes across the state.

Investigators note several instances of COVID-19 positive patients not being properly isolated from the rest of the residents and facilities not properly screening staff before allowing them to care for residents.

In his statement, the health commissioner called these actions "reprehensible" and said the department is conducting investigations into these facilities.

"All of this confirms that many nursing home operators made grave mistakes and were not adequately prepared for this pandemic," Zucker said.

As information about the coronavirus pandemic rapidly changes, PEOPLE is committed to providing the most recent data in our coverage. Some of the information in this story may have changed after publication. For the latest on COVID-19, readers are encouraged to use online resources from the CDC, WHO and local public health departments. PEOPLE has partnered with GoFundMe to raise money for the COVID-19 Relief Fund, a GoFundMe.org fundraiser to support everything from frontline responders to families in need, as well as organizations helping communities. For more information or to donate, click here.