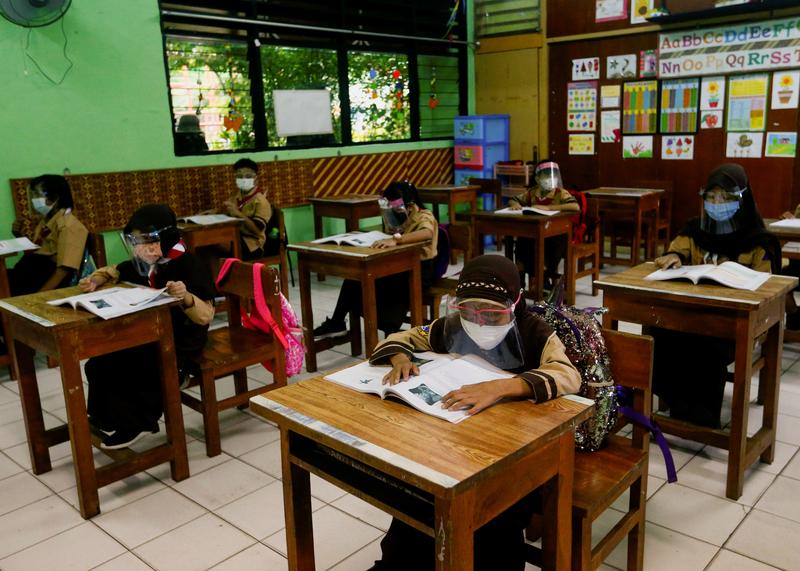 (Reuters) – The number of Indonesian children contracting the coronavirus has almost tripled since May, with infant deaths from COVID-19 rising sharply as the country suffers its most severe wave of infections so far, a senior paediatrician said on Wednesday.

Indonesia has been hit by a surge in cases this month, with new records on six days since June 21 including a daily high of over 21,807 on Wednesday, putting pressure on the government to impose tighter measures.

That was a larger rate of increase than the overall rise in COVID-19 deaths from 1,783 to 2,476 fatalities nationwide over the same period.

The percentage of overall cases that were under 18 years of age has risen to 12.6% in June compared to 5% in July last year, according to official data, although Aman noted children were now being tested more.

President Joko Widodo this week announced that authorities had given a green light for children age 12 to 17 to be inoculated with the Sinovac vaccine.

He believed the rising infections among children was more likely pandemic fatigue and lack of knowledge than the impact of more transmissible variants.

“It’s not the Delta variant, but the system,” he said, referring to the variant first identified in India.