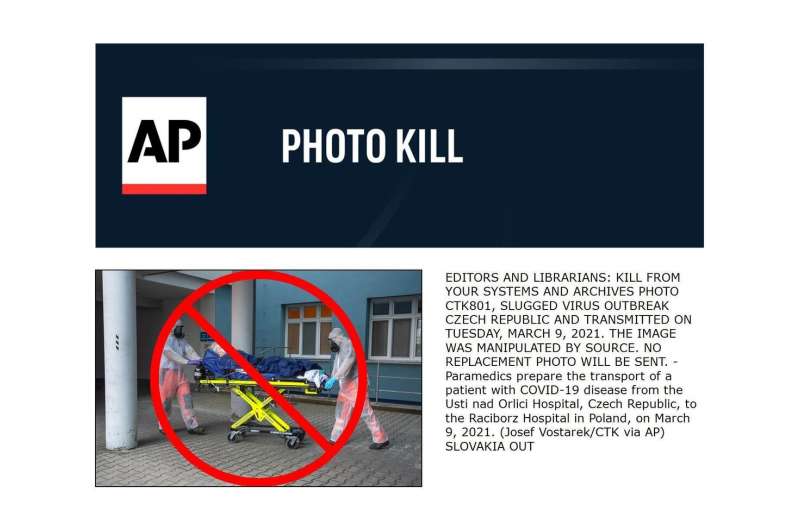 With record numbers of COVID-19 patients filling up intensive care units in the Czech Republic, the first patient to be moved outside of the country was transported to southern Poland on Tuesday.

The 68-year old woman was moved to Raciborz in Poland from a clinic in the town of Usti nad Orlici, in the Pardubice region. Foreign Minister Tomas Petricek said six other patients from a different region will be taken to Germany.

Pardubice was the first entire region of the country’s 14 to declare last week intensive care units in its five regional hospitals were overwhelmed by COVID-19 patients in serious condition and it could not take any more. The Plzen region in western Czech Republic followed suit, while a number of individual hospitals elsewhere have to transfer their patients to clinics across the country.

“To work as a nurse is difficult any time,” said Jirina Spelinova, chief nurse at the neurological surgery ward in Pardubice hospital in the capital of the same-name region located 100 kilometers (62 miles) east of Prague.

“But it’s much more difficult during the pandemic,” Spelinova said. Besides the necessity to work in protective gear, staff “are so busy that they have no time to eat, drink, or, I’m sorry to say it, go to the toilet.”

Spelinova’s ward was converted to a COVID ward, a common practice adopted by many clinics across the country to be able to treat those infected. But even those expanded capacities have reached their limits.

Health Minister Jan Blatny has predicted that this week will be “the most critical” for the struggling hospitals. 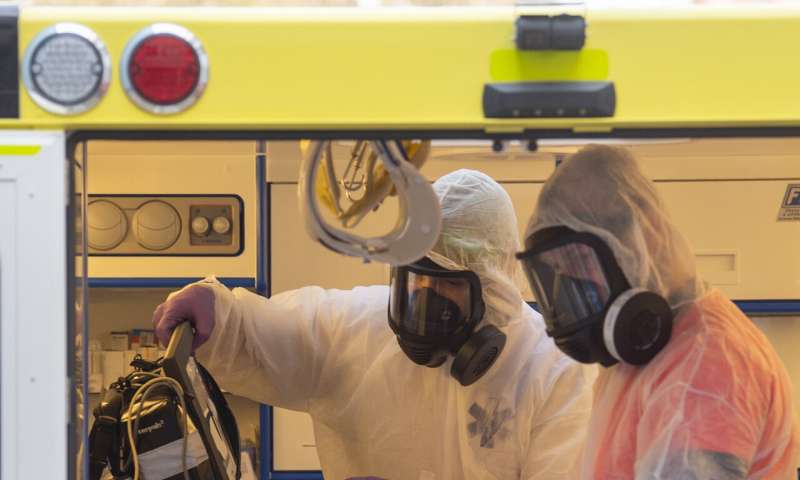 According to his ministry’s figures 8,478 COVID-19 patients needed hospitalization on Monday. Of those, a record high of 1,789 were in intensive care. The seven-day rolling average of daily deaths has risen over the past two weeks from 1.44 per 100,000 people on Feb. 22 to 1.88 on Monday, according to Johns Hopkins University. That figure is the worst in the world

The nation of 10.7 million has had over 1.3 million confirmed cases with 22,147 deaths. It currently has the highest per-capita infection rate in the EU, according to the European Centre for Disease Prevention and Control..

To cope with the surge attributed to a highly contagious coronavirus variant, the Czech Republic activated a plan to move dozens of its patients to hospitals in Germany, Poland and Switzerland.

The three countries previously offered treatment in their hospitals, together with Austria and Slovenia.

The government has also ordered medical and other university and high school students and also medical personnel at outpatient clinics to help out at the struggling hospitals.

They should help reach a goal to add 100 intensive care beds and another 570 oxygen-supported ones, Blatny said.

Spelinova said the nurses have to cope with a high level of distress.