The ongoing COVID-19 pandemic brought about by severe acute respiratory syndrome coronavirus 2 (SARS-CoV-2) has also been responsible for various cutaneous manifestations. Among them, chilblain-like lesions (CLL) have been found to occur more frequently.

A chilblain is an erythematous inflammatory papule that appears on the toes and fingers and is usually triggered by cold temperatures. Most chilblains are idiopathic; however, they can also be associated with monogenic diseases such as STING-associated vasculopathy with onset in infancy (SAVI) or connective tissue disease such as lupus erythematosus.

The link between chilblains and SARS-CoV-2 has not been established yet. However, the recurrence of CLL during the second wave of the pandemic as well as a close association between peaks of CLL and peaks of COVID-19 deaths in 2020 strongly suggests that these two disorders are closely related.

SARS-CoV-2 infections are known to trigger the expression of type I interferon (IFN)-stimulated genes. Type I IFN helps to protect against the virus; however certain diseases are also mediated by type I IFN. These diseases include monogenic autoinﬂammatory interferonopathies or lupus erythematosus that are characterized by microangiopathy and can lead to CLL.

Additionally, SARS-CoV-2 infections were found to be associated with vascular skin symptoms. SARS-CoV-2 infections can also damage the capillary endothelium as well as disrupt the thrombo-protective state of endothelial cells, thereby causing microvascular thrombosis. Furthermore, the histopathological features of COVID-19-associated CLL were found to include features of microangiopathic damage as well as endothelial damage.

A new study published in the British Journal of Dermatology aimed to analyze the immunological and vascular pathophysiology of CLL during the outbreak of COVID-19 as compared to seasonal chilblains (SC). 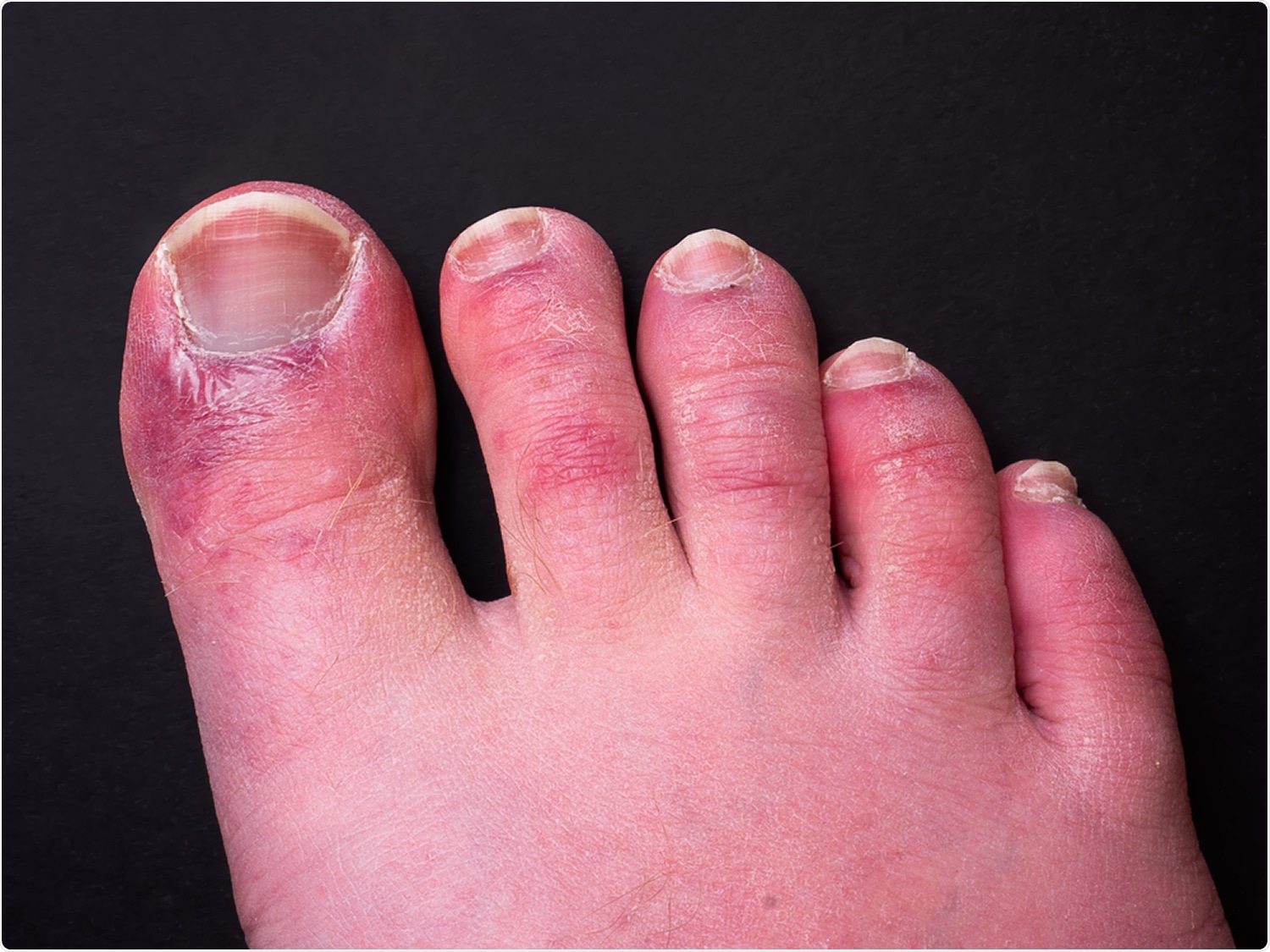 The current study is a non-interventional observational study that involved patients reported to the dermatology department of Saint-Louis Hospital, Paris, France, with CLL between 9th to 16th April 2020.

Patients with a history of chilblains or chilblain lupus were excluded from the study. The patients recruited for the study were assessed on day 0 and day 14. Few controls were included, such as patients with RT-PCR positive mild COVID-19 who did not have chilblains, patients who had SC before the pandemic and were defined by deﬁned by typical clinical and histological presentation without antinuclear antibodies (ANA) between January 2015 and March 2019, healthy controls (HC) who did not have any COVID-19 symptoms, and healthy control skin samples obtained from plastic surgery waste.

Blood samples were collected from the patients that further underwent several tests such as whole blood count, level of IgA, hemostasis test, determination of isotypes of IgG and IgA antineutrophil cytoplasmic antibodies (ANCA), presence of anti-double-stranded DNA antibodies, levels of cryoglobulinemia and cryoﬁbrinogen, and presence of anticardiolipin and anti-β2-glycoprotein-I IgG antibodies.

Furthermore, flow spike and cytokines assays were carried out along with the assessment of interferon-stimulated gene expression in whole blood, determination of soluble marks for endothelial activation, endothelial cell counting, gene expression, and histological examinations.

The results indicated that out of the 50 patients included in the study, 29 had extracutaneous COVID-19 symptoms, and 20 were in close contact with a person confirmed with COVID-19. Cutaneous manifestations caused by CLL are most commonly found on the toes and fingers. Also, CLL remission was observed in only 16 patients on day 15.

The results also showed that RT-PCR tests and COVID-19 serological tests were primarily negative for patients with CLL except for four patients who reported positive for the serological test. Assessment of CLL's pathophysiology compared to SC showed both involved lymphocytic inﬁltration around superﬁcial and deep dermal blood vessels.

Furthermore, a comparison of skin immune transcriptomic signature of 10 CLL, 4 HC, and 4 SC samples suggested that common pathophysiology existed between SC and CLL. Additionally, 296 differentially expressed genes (DEGs) were identified between HC and CLL, and most of them were found to be upregulated. CLL and SC were found to share some common DEGs; however few DEGs were found to be specific to CLL.

Analysis of systemic immune response during CLL showed ANA was positive in 10 patients, 3 patients had significant levels of cryofibrinogen,3 had low levels of C3, and 10 had low levels of C4. Furthermore, IgG ANCA were positive in 4 patients and IgA ANCA were positive in 34 out of 46 patients. The circulating cytokine levels showed a higher type I IFN gene signature in whole blood in the case of CLL as compared to HC. CLL samples also showed a peculiar cytokine profile, significant elevation of IFN-α2, nonsigniﬁcant elevation of IFN-ϒ, and a signiﬁcant decrease of IL-10 was observed as compared to HC.

Finally, the results indicated an increase in expression of all biomarkers of endothelial dysfunction in the case of CLL, especially VEGF-A, VEGFR-2, and angiopoietin-1 and 2 as compared to HC. However, no association between the level of endothelial markers and recovery in patients was observed with CLL.

Therefore, it can be concluded that the current study confirmed endothelial dysfunction as the cause of CLL that further led to clinical manifestations. Furthermore, similar endothelial dysfunctions have been observed during mild COVID-19 that could explain a possible link between CLL occurrence during SARS-CoV-2 infections. 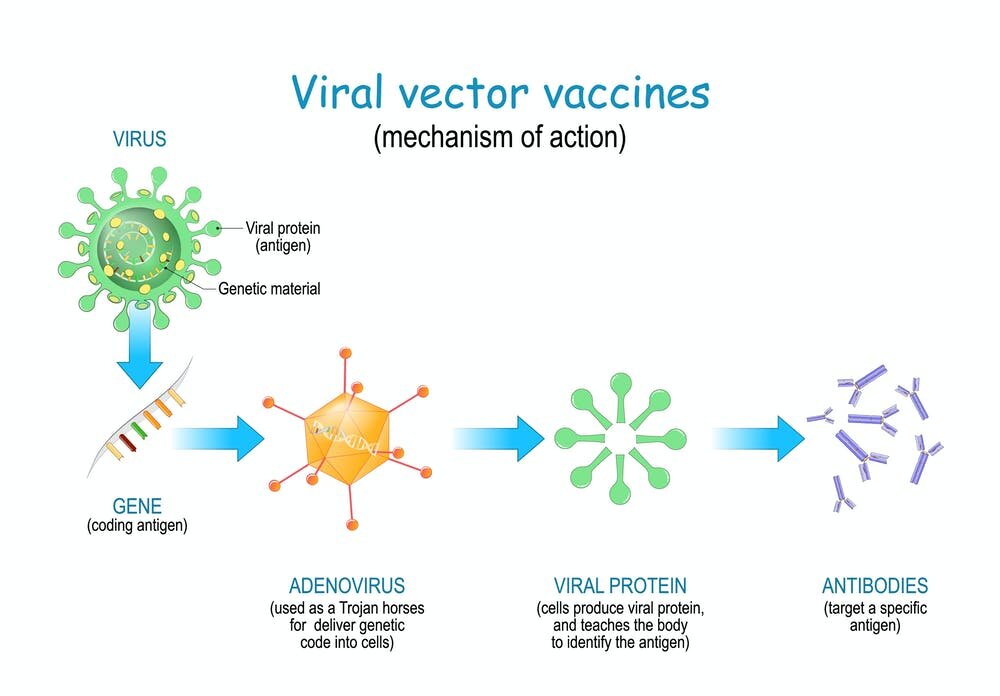 Next post How the puzzle of viral vector vaccines was solved, leading to today’s COVID-19 shots