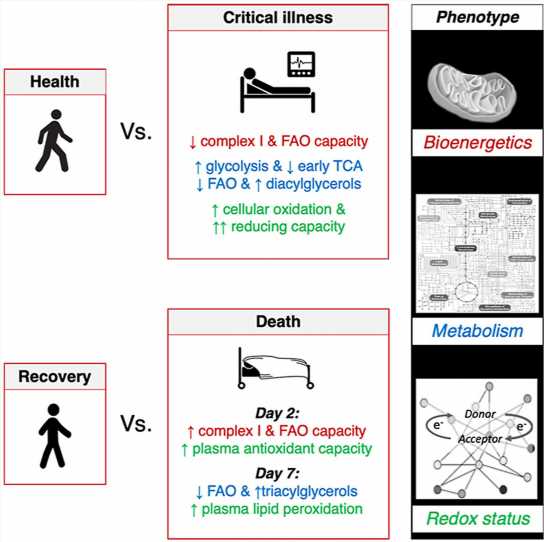 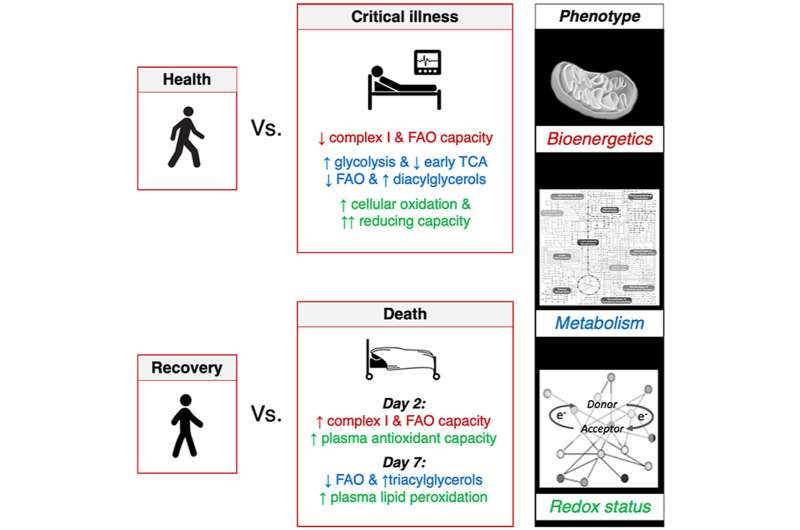 Creating the best conditions for cells to make energy and survive critical illness is a challenge little understood in modern medicine. Now a new study led by scientists at the University of Plymouth, in collaboration with University College London and the Universities of Cambridge and Southampton, shows early signs that cells in some critically ill patients actually adapt to their conditions by producing energy more efficiently.

The study showed that all of the critically ill patients produced energy more efficiently than healthy people, in a pattern of changes that has previously been identified in cells adapting to low oxygen levels. There were also differences in the ways cells produced energy in the patients who survived, compared to those who died.

So how was this measured?

In mitochondria (the powerhouses of our cells), structures known as ‘complexes’ transport electrons, which, facilitated by oxygen inhalation, effectively becomes the fuel driving our cells.

The study showed that the capacity of one of these complexes was 27% lower in survivors than in non-survivors after 48 hours of illness, but tended to increase in seven days, with no such recovery observed in non-survivors.

This means that, despite this complex appearing to work at a lower rate, the cells were adapting to the adverse conditions of the critical illness, and coming out the other side.

The work was funded by the Intensive Care Society, and forms part of the University of Plymouth’s expertise in intensive care medicine, which explores oxygen deprivation and the body’s ability to cope in hostile conditions.

It also builds on principles of Nobel prize-winning research from 2019, by William Kaelin, Sir Peter Ratcliffe and Gregg Semenza, which uncovered how cells respond to changes in oxygen levels.

“When a body is going through trauma, there’s the temptation to think we need to give more oxygen or stimulate cells to survive,” she said. “However, this research suggests that some cells can actually adapt to the conditions they’re in. Of course the next question to answer is why some people’s cells behave in this way while others’ don’t. It could be genetics, age or previous exposure to trauma—we don’t yet know. But uncovering this cell behavior in the first place is a really important step. If we can unravel the cellular and molecular foundation of human resilience, we can enable the development of more effective life-support strategies.”