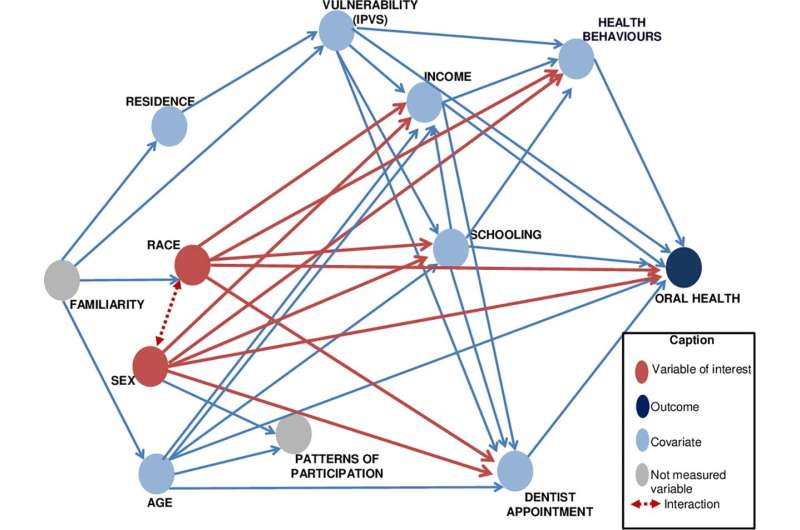 These are some of the key findings from a survey conducted in Campinas, a large city in São Paulo state, Brazil, set out in an article published in the journal PLOS ONE.

The study was part of the Ph.D. thesis of Lívia Helena Terra e Souza, entitled “The mouth locked in racism: racial inequalities in oral health conditions”. The thesis has won two prizes: an honorable mention for the 2022 CAPES Thesis Prize, awarded by CAPES, the Ministry of Education’s Coordination for the Improvement of Higher Education Personnel; and the 2021 Prize for Academic Recognition in Human Rights, awarded by the State University of Campinas (UNICAMP) and Vladimir Herzog Institute (IVH).

“Trained interviewers completed a precoded questionnaire using a tablet, collecting data for 3,021 people aged 10 and over. The main question was whether they had ever lost any upper or lower teeth, and if so, whether they had lost one or more teeth, except milk and wisdom teeth, and teeth extracted for braces,” Terra e Souza explained.

She said 52% of the interviewees had lost at least one tooth, but major differences were found in connection with race and gender. In particular, Black women were most affected.

The article seeks to interpret this result, stating that “race can be considered a concept socially constructed by historical dynamics and power relations”.

For the authors, “socioeconomic status is a strong consequence of racial inequalities”. Black people “have lower educational and income levels, and tend to live in places of high social vulnerability”.

Besides economic determinants, they note other disadvantages that have tended to prevail in various aspects of social life despite the abolition of slavery: “Racial minorities, in this case Black people, may biologically embody the effects of racism with everyday discriminatory exposure. Adversities throughout life, such as poverty, psychosocial stresses, stereotypes, and the context of housing, can affect physical and mental health, altering cardiocirculatory, metabolic and immunological functions. In oral health, it is possible that inequities are due to poverty, education or discrimination in health care.”

Analyzing the impact of gender inequality on health, the authors emphasize “the historical aspects of the oppression of women, which persist today, especially with regard to work, income, double shifts and violence. These issues seem to have effects on health, especially in the emotional realm”, adding that the impact on men is unfavorable in terms of “risky behavior” and “premature death”, while women “seem to be more vulnerable to health conditions that are more limiting and chronic”.

A considerable proportion of the article, which is open-access, is devoted to describing the methodological precautions taken by the researchers to avoid or correct possible biases in data collection and selection, and in correlating the variables.

“Identification of the role of distal factors such as race and gender, which people are born with, in the occurrence of a disease that develops decades later is a major methodological challenge. We took pains to mitigate possible errors,” said Fredi Alexander Diaz-Quijano, second author of the article. He is a physician and a professor at the University of São Paulo’s School of Public Health (FSP-USP).

The last author of the article, Margareth Guimarães Lima, a professor at UNICAMP’s Medical School, coordinator of its Program of Graduate Studies in Collective Health, and Terra e Souza’s thesis advisor, noted that the data was collected in 2014-15 and could not be followed up because of the limitations imposed by the pandemic.

“This kind of survey is conducted every five years. It couldn’t be done in 2020 or 2021, but we’re now back in the field again until 2023,” she said. Despite the chronological lag, the results continue to reflect the real situation, she believes. Here it should be added that the inequalities may have worsened in the past four years, as millions of Brazilians have dropped below the poverty line and hunger has again become widespread.

Previous post I’ve Been a Stay-at-Home Mom for a Decade, But Now It’s My Time — & I'm Doing Something Big 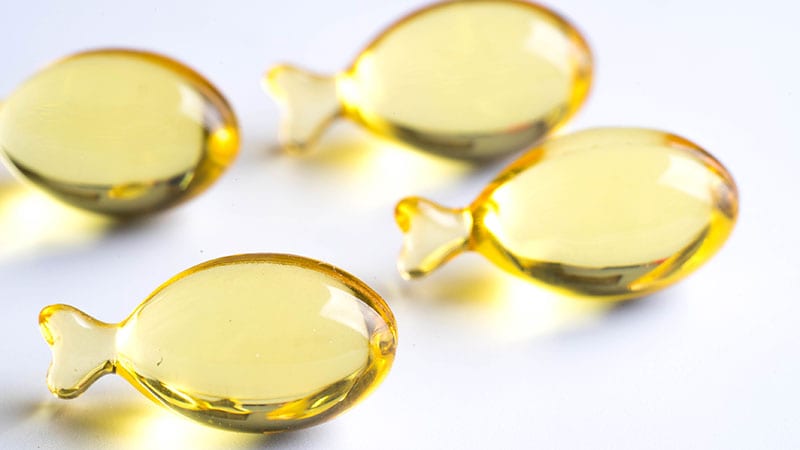