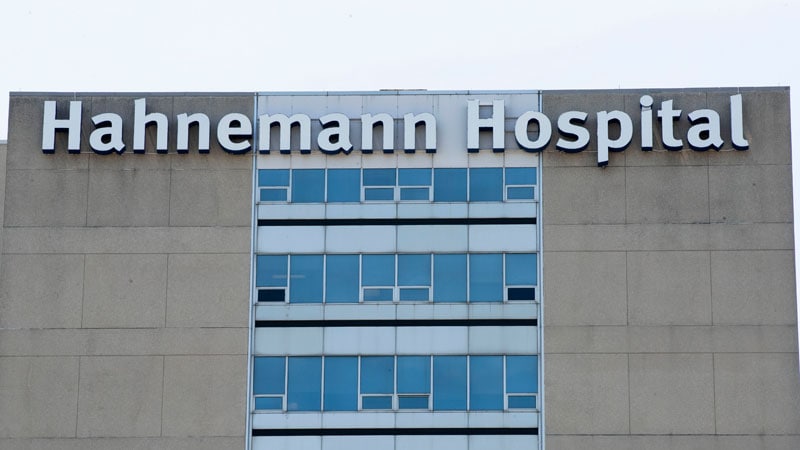 In 2019, the sudden closure of the 171-year-old Hahnemann University Hospital in downtown Philadelphia — a training hospital for residents and fellows and a safety net for underserved populations — sent physicians scrambling to secure new positions. Looking back, many of those displaced doctors described anxiety, frustration, and confusion.

“I think we were all shell-shocked,” said Victoria Pham, MD, a PGY2 resident in anesthesiology at the time of Hahnemann’s closure. “We were all very surprised. Even the attending I was working with there was surprised.”

Thomas Sibert, MD, an internal medicine resident entering his third year just as the hospital closed, agreed. “The uprooting was pretty miserable. I think we all felt very lost, depressed, and confused after we lost our residency, our home, and our friends.”

“When you spend so much time in the hospital with your co-residents and interns, they become your family. And what they essentially did was split up our family,” said Bahar Adeli, MD. “That was the most devastating part.” Adeli also was approaching her third year of internal medicine residency and preparing for a “chief year” at Hahnemann the following spring when the news hit.

“We knew about the history of the hospital, with different people owning it at different times, [each] with hopes of improving it. You don’t ever think the worse-case scenario is going to happen,” Adeli said. Because she was forced to look elsewhere for her final year of residency, she added, “It kind of felt like moving to a new high school your senior year.”

Program directors like David Aizenberg, MD, and others set up frequent one-on-one meetings “like speed dating” to help residents figure out their next move, Adeli said.

The bankruptcy and closure affected attending physicians as well. Kevin D’Mello, MD, who was an academic hospitalist and director of quality improvement and patient safety at Hahnemann and Drexel University, said he felt “brokenhearted” about the announcement. “I really cared about that hospital quite a bit, especially as someone who was working really hard to improve the place,” D’Mello said. The experience, he added, “shook my faith in the virtues of academic medicine and this job of caring for other people.”

Finding training programs for 583 orphaned trainees was a “tumultuous” process, Aizenberg and colleagues wrote last June in the Annals of Internal Medicine. “The rapidity of Hahnemann’s closure and the absence of a single institution that would accept trainees en bloc created unique challenges.”

Fortunately, despite the upheaval, many of the displaced doctors now work in more stable and supportive settings 2 years later. Their reflection is a cautionary tale that can be used to guard against negative consequences should similar situations arise in the future.

A move out of the area was intentional for Karine Sahakyan, MD, a second-year diagnostic radiology resident in 2019. “The hospitals I chose were very far from Philadelphia. It was not my top priority to stay local,” she said.

For Sibert, moving out of state after the hospital closure came at a price. “A lot of us could not get spots at another program in Philadelphia,” he said. “I applied to several programs, but there was also a large financial burden attached. Breaking a lease in Philadelphia became a very expensive proposition.”

Sibert finished up his final year of residency at UCLA, “Settling into a new place…was a relief,” he said. “I felt like I had a home at that point. It was a relief knowing I could complete my training and take care of patients again.” Sibert is now a pulmonary fellow at UMass Medical School in Worcester, Massachusetts.

D’Mello had different issues because he needed to stay local. “I had to look quickly in the most immediate area because me and my family were not in a position to move anywhere,” he said. “It took me a while to find something.” He began working at Cooper University Hospital in Camden, New Jersey in January 2020.

Things were even more complicated for Adeli. Because the Hahnemann residents rotate through Abington Hospital-Jefferson Health in North Philadelphia as well, she and her husband had bought a house midway between that facility and downtown Philadelphia, seeking to shorten the commute.

Adeli is currently a hospitalist at the Hospital of the University of Pennsylvania and Penn Presbyterian in West Philadelphia. “Penn was amazing. They welcomed us with open arms. They really made sure we blended right in.”

Pham ended up in Livingston, New Jersey, and is now in her final year of anesthesiology residency at Saint Barnabas Medical Center.

Looking back, Sahakyan is philosophical. “You need to know that whatever happens, it’s for a reason,” she said. “We cannot control everything, but we can move forward and see what the future brings.” That said, she admitted that moving from one hospital to another was stressful. “You feel like you are lost.” She is now at Brown University in Providence, Rhode Island in the Department of Diagnostic Radiology.

Knowing what she does now, she added, “I would be more proactive about what I wanted. I also wish I’d had more time to reach out to more places. There was a lot of pressure to say yes to the first offer.”

Because the Hahnemann closure was the biggest trainee “orphaning event” in history, it “offers valuable lessons for educational leaders who may face this difficult situation in the future,” Aizenberg and colleagues wrote. “Optimizing the redistribution of displaced [medical] trainees in the setting of hospital bankruptcy requires interorganizational cooperation and new policies and processes that are critical to protecting trainees.”

Despite their ultimate success in finding a new home, the residents interviewed described some lingering effects. “Sometimes I miss my classmates,” said Sahakyan. “We started together…but what can we do?”

“On an emotional level, it was a little hard,” Adeli agreed. “We had formed relationships for years with other people, and here we were starting over again.”

“It was an immensely stressful time that happened to work out well for some of us,” Sibert said.

Looking back, things worked out better for some attending physicians compared with others, D’Mello said. “Some were lucky enough to eventually find jobs elsewhere. But for most it took a long time to find a job. And some were forced into retirement.”

“There was a whole gamut of negative impacts for the attending,” he added.

Damian McNamara is a staff journalist based in Miami. He covers a wide range of medical specialties, including infectious diseases, gastroenterology and critical care. Follow Damian on Twitter.