Will the new results, described as “phenomenal” and “astonishing,” seen with trastuzumab deruxtecan (Enhertu) in the second-line treatment of metastatic HER+ breast cancer establish the product as a new standard of care?

They should, argue trialists who presented the data.

At present, the standard of care for these patients is trastuzumab emtansine (T-DM1, Kadcyla). It has held this position since 2013, commented Sara Hurvitz, MD, Jonsson Comprehensive Cancer Center, University of California, Los Angeles. “In the past 8 years, we have not seen any other therapy try to beat it in a head-to-head trial,” she said.

In the DESTINY-Breast03 trial that she headed, the two agents were pitched against one another, and trastuzumab deruxtecan won.

In addition, the overall survival data were “encouraging,” despite being immature at this stage, he added. “In my opinion, these data support trastuzumab deruxtecan becoming the standard of care for second-line HER2+ metastatic breast cancer,” he said.

“These data are nothing short of phenomenal and will be practice changing,” Hurvitz commented in a statement.

The new data were presented at the European Society for Medical Oncology (ESMO) Annual Meeting 2021 on September 18.

Reacting to the news, David Cameron, MD, PhD, professor of medical oncology at the University of Edinburgh, in Edinburgh, Scotland, agreed that the improvement in PFS is “very impressive.” It was especially noteworthy that all subgroups appeared to benefit.

“I suspect this drug will be an important development for patients with HER2+ breast cancer, adding to the growing number of drugs that are changing the outlook for these patients,” he said.

Carmen Criscitiello, MD, a medical oncologist from the European Institute of Oncology, Milan, Italy, described the data as “astonishing” and congratulated the team on their “practice changing results.”

Referring to the dramatic PFS curves, he asked simply whether they encapsulated ESMO 2021 “in one slide.”

Pedro Exman, MD, medical oncologist, Hospital Alemão Oswaldo Cruz, São Paulo, Brazil, was one of the few to add a note of caution.

Although he said it is “unquestionable” that the PFS curves are “very impressive,” as are the data on complete responses, he was concerned about toxicity (grade ≥3 adverse events in 45% of patients).

Cortés began his presentation by discussing the current treatment landscape of HER2+ metastatic breast cancer, noting that there is still an “unmet need.”

The first-line standard of care is trastuzumab plus pertuzumab plus a taxane, as established by results from the CLEOPATRA trial, in which the median PFS was 18.7 months.

The second-line standard has been T-DM1, established by the EMILIA trial, in which patients achieved a median PFS of 9.6 months, although since then, real-world analyses have suggested that PFS without disease progression is 6–7 months.

Previous data from phase 2 trials with trastuzumab deruxtecan in heavily pretreated patients with metastatic breast cancer revealed robust activity, showing a doubling or even tripling of median PFS. These findings led to its approval in December 2019 by the US Food and Drug Administration.

Cortes described the head-to-head study, which was conducted in patients with unresectable or metastatic HER2+ breast cancer who had been previously treated with trastuzumab and a taxane in the advanced/metastatic setting.

Around 90% of patients had received prior treatment. Nearly all had received trastuzumab, and just over 60% had also been treated with pertuzumab.

The two treatment arms were well balanced in terms of baseline characteristics, he commented. The mean age of the patients was 54 years. Approximately 50% had hormone receptor–positive disease, between 20% and 24% had brain metastases, and 70% had visceral metastases

Cortes noted that the study was unblinded early, having achieved prespecified efficacy of superiority.

After a median follow-up of 16.2 months in the trastuzumab deruxtecan group, 132 of 257 (51%) patients who had begun treatment were still receiving it.

The primary endpoint of PFS by blinded independent central review was easily met.

Cortés said that the improved efficacy with trastuzumab deruxtecan was seen across “all predefined subgroups, including hormone receptor status, prior pertuzumab treatment, the presence of visceral disease, the number of prior lines of therapy, and presence or absence of brain metastases.”

However, the difference in OS has not yet reached the prespecified cutoff for statistical significance of P < .000265, which Cortés said is likely “due to immature follow-up.”

The median duration of treatment was 14.3 months with trastuzumab deruxtecan and 6.9 months with T-DM1.

Grade ≥3 drug-related adverse events occurred in 45.1% of patients taking trastuzumab and in 39.8% of those taking T-DM1. The most common events were neutropenia, anemia, leukopenia, thrombocytopenia, nausea, and fatigue.

The most common event associated with discontinuation with trastuzumab deruxtecan was interstitial lung disease (ILD)/pneumonitis, which occurred in 8.2% of patients. Thrombocytopenia was the most common cause in the T-DM1 arm, occurring in 2.7% of patients.

Overall, ILD/pneumonitis events that were adjudicated as drug related occurred in 10.5% of patients taking trastuzumab deruxtecan, although the vast majority of events were of grade 1/2, and only two patients had a grade 3 event, he said.

No treatment-related adverse events were associated with death.

Both products are antibody drug conjugates, and in both, trastuzumab homes in on HER, but each delivers a different chemotherapy to the cancer cells.

Trastuzumab deruxtecan has a chemotherapy payload that is not normally used in breast cancer and has twice as many chemotherapy molecules that are linked to each antibody in comparison with T-DM1, “so it delivers more chemo to the cancer cells,” commented Shanu Modi, MD, Memorial Sloan Kettering Cancer Center, New York City, who was invited to discuss this abstract at the meeting.

In addition, trastuzumab deruxtecan “has a cleavable linker, and when this linker is cleaved, it releases the chemo,” which can produce a “bystander effect” and kill neighboring cells, including those that are HER2-.

“This is particularly important for treating HER2+ breast cancer,” Modi continued, “where we know there is heterogeneity of HER2+ expression within tumors.”

She also noted that one of the concerns with earlier studies with trastuzumab deruxtecan was that it appeared to cause lung toxicity in around 16% of patients across all grades.

“Today, I think we can put many of these concerns aside,” Modi said. She described trastuzumab deruxtecan as having a “reassuring” safety profile.

She suggested that the reason there were fewer events involving lung toxicity in the current trial, with no high-grade events, “may be related” to there being a “less pretreated patient population, exposed to fewer lines of cancer therapy, and stricter patient selection.

“But of course there was also greater awareness,” thanks to a large education campaign regarding the risk for lung toxicity associated with trastuzumab deruxtecan. “[V]igilance and easy intervention is absolutely mandatory” for delivering the treatment “safely,” she said.

Modi said that despite the excellent results, some outstanding questions remain, primarily over which treatments would work after a patient has received trastuzumab deruxtecan. 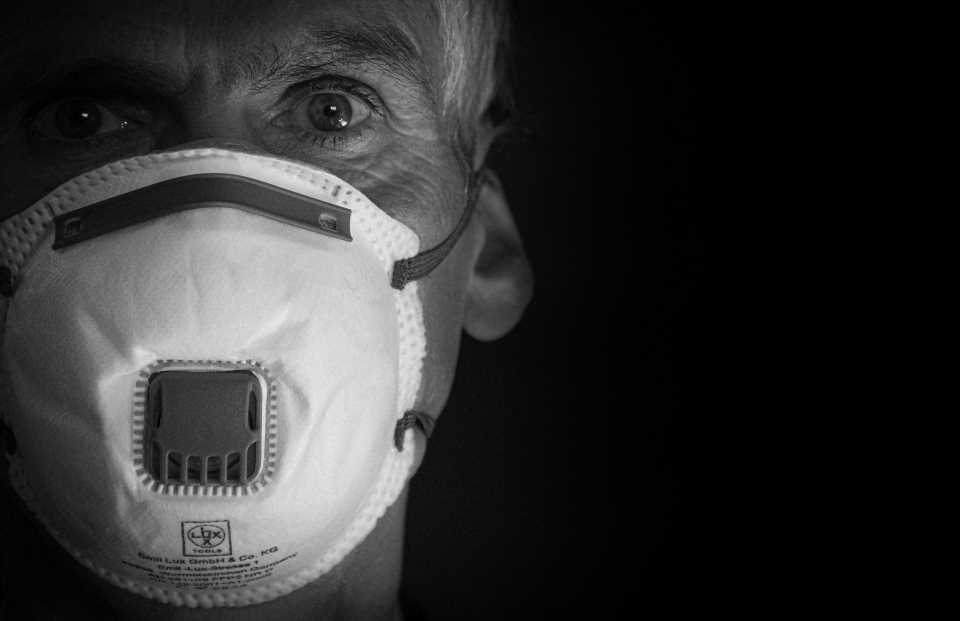 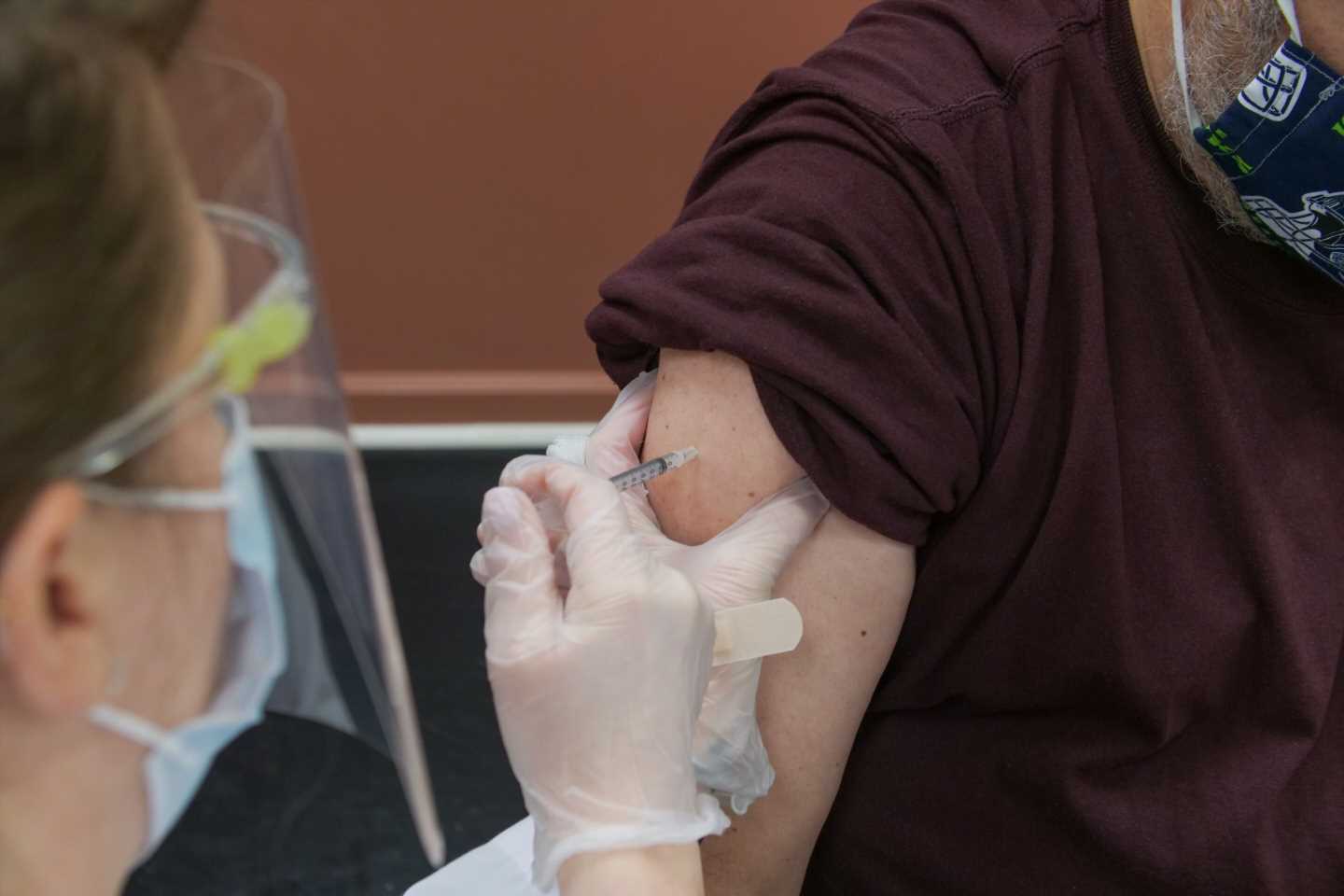