First detected in December 2019, the severe acute respiratory syndrome coronavirus 2 (SARS-CoV-2) is responsible for the Coronavirus disease 2019 (COVID-19) pandemic that has caused over five million deaths to date. Since then, several variants of the virus have appeared, the latest being Omicron.

A new preprint research paper focuses on the projected epidemiological pattern of this variant over the period from December 2021 to April 2022. 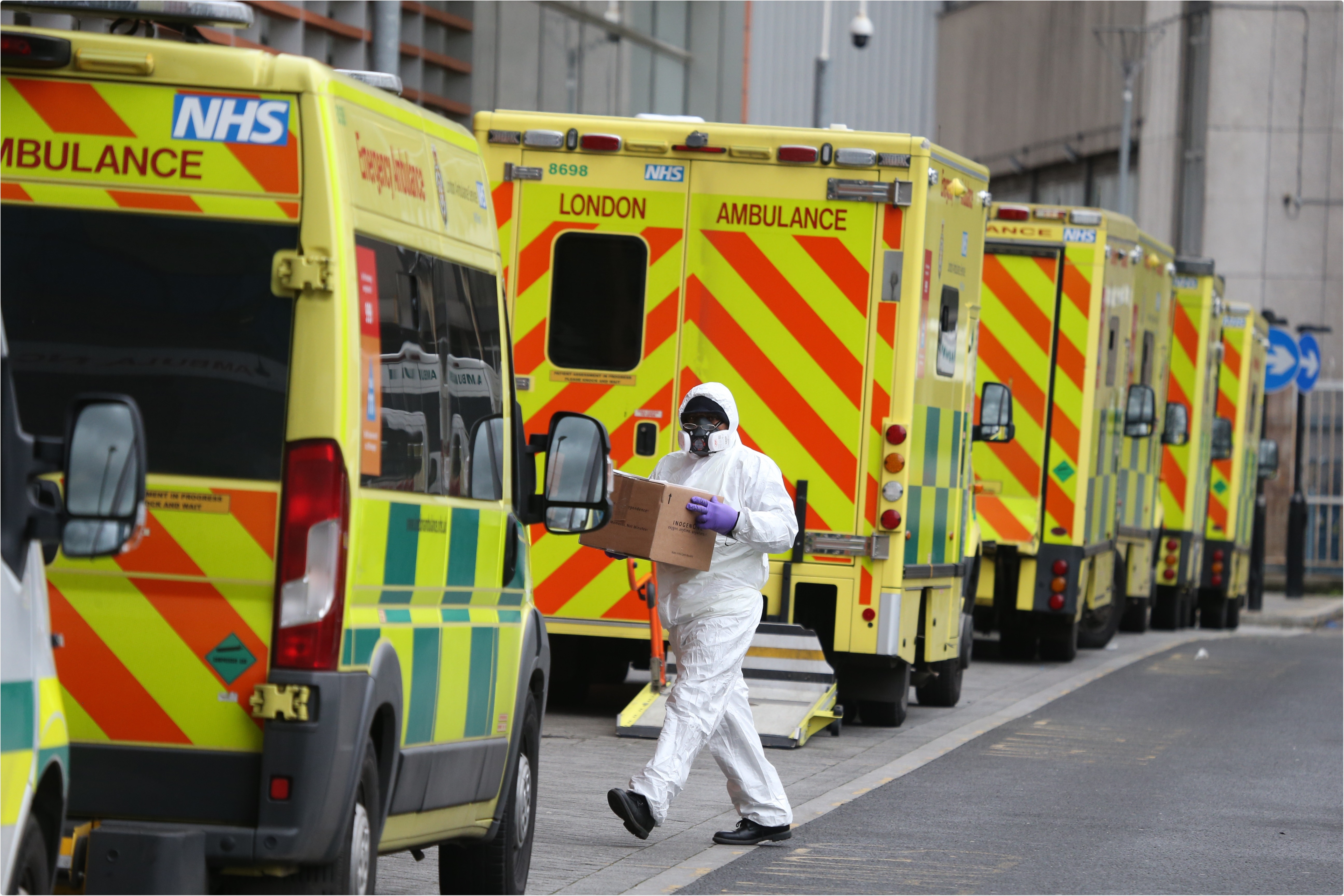 The B.1.1.529 lineage, also termed the Omicron variant, was first reported on November 24, 2021, and was quickly designated a variant of concern two days later. It has the highest number of mutations of all variants so far, with >30 spike mutations, many in the receptor-binding domain (RBD) that engages the target cell receptor, the angiotensin-converting enzyme 2 (ACE2).

This variant is linked to a surge in COVID-19 cases and hospitalizations in Gauteng, South Africa. In addition, analysis of the Omicron cases indicated that it was associated with a higher risk of reinfection. In short, a fresh wave of COVID-19 would arrive, despite high levels of immunity due to prior infectious diseases, vaccinations, or both.

The genetic makeup of the Omicron variant seemed to indicate a marked rise in transmissibility. In fact, the European Centre for Disease Prevention and Control projected its dominance within a few months.

Less than a month after it was first identified, Omicron has already been detected in 89 countries worldwide.

This study, published on the medRxiv* preprint server, focuses on the interaction between Omicron variants and public health interventions in England that promote immunity.

In this country, over 80% of the population over 12 years has been fully vaccinated, while three waves of COVID-19 have resulted in high levels of natural immunity as well. Some restrictions were imposed after the number of Omicron cases reached over 100 within a week of the first case. Booster programs for COVID-19 were also intensified.

Thus, the Omicron variant offers the possibility of a test situation that would allow researchers to understand how pre-existing immunity might affect the spread of this variant, as well as its pathogenicity.

A new mathematical model of SARS-CoV-2 spread has been developed, which incorporates both the extent of immune escape due to mutations, as well as the transmissibility of the Omicron variant. The scientists assumed that neutralization of Omicron occurs but at levels that are 5-13-fold less than for Delta.

Based on this, the spread of the new variant is modeled using the proxy measure of S gene target failure (SGTF), the failure of the polymerase chain reaction (PCR) to detect the spike protein due to the mutations at certain critical sites, which indicate the presence of Omicron, using the same modeling methods earlier used for the Alpha VOC.

Previous studies showed that neutralization titers against Omicron were 2.5-fold higher with Moderna and 5-fold higher with Sinovac vaccine booster doses. The researchers also assumed that a full course of the AstraZeneca vaccine with a messenger ribonucleic acid (mRNA) vaccine booster is as protective against severe infection as either of the mRNA vaccines. Also, natural infection was assumed to confer the same level of protection as two doses of either mRNA vaccine.

What Did the Study Show?

The findings of the model show that with the assumption of 13-fold lower neutralization, Omicron spreads 5-10% slower than Delta, whereas it would spread 30-35% faster if its neutralization is reduced by 5-fold. These numbers correspond to previous estimates for Omicron in South Africa.

Based on this model, the growth of the Omicron infections is exponential, doubling in less than 2.5 days. Therefore, the reproductive number Rt, which indicates the mean number of secondary cases resulting from exposure to one infected individual, is 4, provided the generation interval is 5.5 days. If shorter than this, fewer people might be infected secondarily.

If the government mandates only mask use when in stores and public transport, an intervention already in place from November 30, 2021, and practices included in Plan B, in force from December 12, 2021, the transmission may go down by 7.5%.

Plan B includes requiring vaccine certificates for any large crowded indoor venue, such as a nightclub, which is expected to push vaccine uptake up by 17% between the ages of 18 and 29 years; encouragement to work from home as in March 2021; and face mask use, which is assumed to produce the same effect as the mask mandate.

Four scenarios were modeled. If the antibodies elicited by earlier variants effectively neutralize the Omicron, it is estimated that a booster dose of a highly effective vaccine would leave 175,000 hospital admissions and ~25,000 deaths.

Conversely, with high neutralization but low booster efficacy, the cases would soar to almost double the hospitalizations, at 300,000, and over 45,000 deaths.

It is noteworthy that in all four situations, cases are bound to rise from the end of December 2021. At its peak, the wave of cases is projected to exceed that of the January 2021 wave. Even if Omicron shows low immune escape, and if the booster vaccine has high efficacy, the peak would be about two-thirds of the deadly peak in January 2021, when almost 3,800 people were being hospitalized every day, much of the time.

Conversely, if Omicron shows high immune escape, with low efficacy of boosters, the daily hospitalizations are projected to be over 7,000 a day.

How would these respond to containment measures? First, the researchers examined the effect of each measure using progressively increasing restrictions, assuming that people moved about as much as recorded by Google Community mobility data in early 2021, but with low workplace mobility as mandated by Plan B’s work-from-home strategy.

Under such conditions, the model estimates that the best-case scenario would require step 0 measures to cut hospital admissions by over 100,000 and deaths by 15,000. With step 1, hospitalizations and deaths would go down by >91,000 and >13,000, respectively, and step 2 would reduce them by 53,000 and 7,600, respectively, over the projection period, as compared to the estimated figures with the present Plan B policy.

If the number of boosters given each day varies between 200,000 to 500,000 from December 15, 2021, there is no significant impact on hospitalizations and deaths. This is explained by the prioritization of the elderly for booster shots, thus ensuring their immunity is high by the time the Omicron variant begins to spread like wildfire.

Reduced rates of importation of Omicron into England will delay the outbreak and reduce the number of overall cases.

What Are the Implications?

These results suggest that Omicron will replace Delta in England as the dominant variant within weeks. Assuming that the Delta and Omicron variants are equally severe at baseline, the increased number of vaccinated people infected with the latter is much higher because of the higher immune escape it shows, which will reduce the average severity of infection overall.

With its high transmissibility and antibody escape mutations, this study indicates that Omicron can outcompete the Delta variant rapidly in areas with low immunity. If control measures are not strictly enforced, the case rate could possibly exceed that of the Alpha variant during winter 2020-21.

Therefore, people may need to accept more stringent restrictions in order to ensure healthcare services are able to handle the wave without being overwhelmed. There is a significant reduction in hospitalization and death projections when the booster program is implemented, demonstrating its importance.

Increasing the booster uptake could be the most important step, even if the speed at which the boosters are being rolled out currently remains unchanged. This is because the age-based administration of boosters protects the most vulnerable first. However, in real life, it would probably be advantageous to increase the pace of booster administration before Omicron rises to the top of the charts.

While reducing Omicron introductions into English could delay the peak of the epidemic and reduce the number of cases in the beginning, the effectiveness of these measures diminishes once the community-level spread is established.

The study does not take into account the impact of currently available antiviral therapies, future variant-specific vaccines, or the fading effectiveness of current monoclonal antibodies. Furthermore, the increasing infection fatality rate (IFR) with a high demand on healthcare facilities is not considered.

Overall, however, higher rates of large-scale testing for COVID-19 followed by isolation and quarantine may be necessary to reduce the stringency of public health measures aimed at preventing contact between people of different households. These measures need to be modeled for their impact on the size and shape of the Omicron outbreak, in order to rapidly evolve a sustainable and effective policy.

South Africa shows that in a highly immune population, Omicron can still spread widely. In other settings, where both infection and vaccination rates are lower, there is uncertainty as to its ability to replace the Delta variant which may, in some situations at least, be more transmissible than the former. Further evidence is awaited over time to form a conclusion about the actual impact of Omicron on the community. 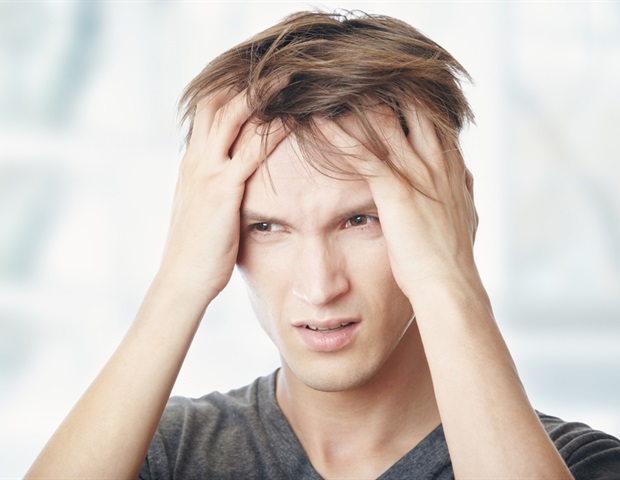