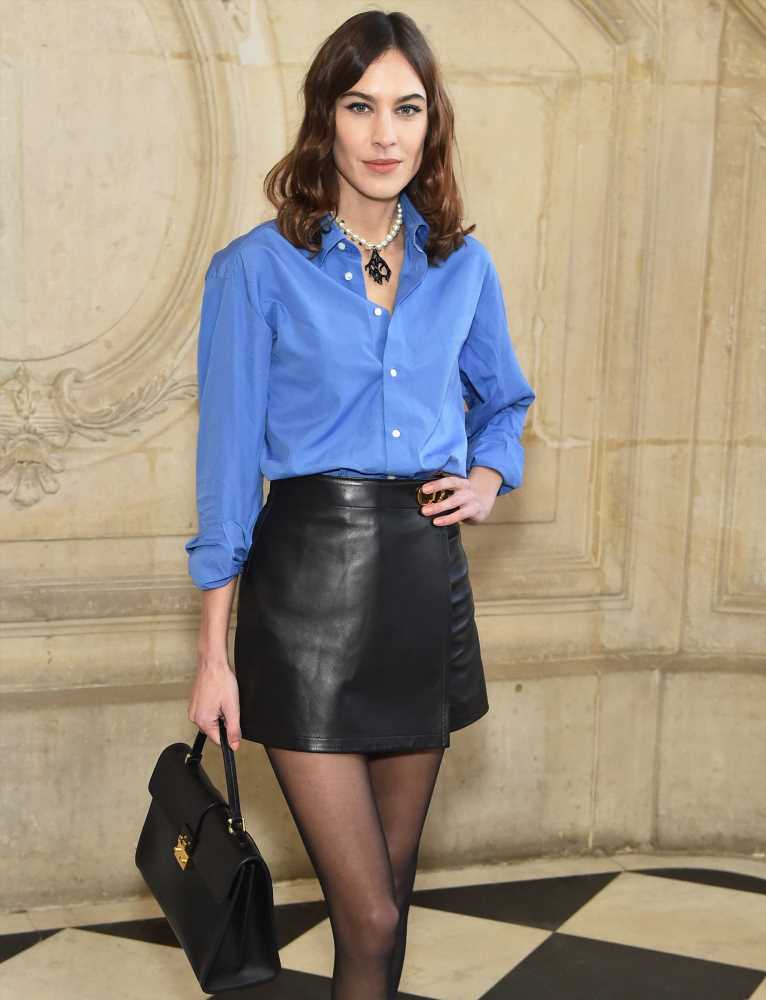 Model and fashion designer Alexa Chung is opening up about her endometriosis diagnosis and trying to raise awareness about the painful disorder.

Chung, 36, shared her story on Instagram Tuesday, posting a photo of her feet in hospital socks and revealing that she underwent laparoscopic surgery one year ago to receive her diagnosis.

“Endometriosis is a long-term condition where tissue similar to the lining of the womb grows in other places, such as the ovaries and fallopian tubes,” she began in the lengthy post. “It can be excruciating. The pain can effect [sic] your mental health, ability to work, relationships, your fertility, the list goes on. The only way to officially diagnose that you have it is by performing a laparoscopy. A year ago I put on these snazzy socks in preparation for my laparoscopic surgery.”

Chung then thanked friends Aimee Phillips and Pixie Geldof “for accompanying me to the hospital that day" as well as "family who nursed me back to health with action movies and nourishing food.”

“Also thank you to the doctors who spotted the problem and acted on it,” she continued. “I understand I had the privilege of being believed and listened to. On average it takes seven years to diagnose and it’s a disease that affects one in ten women.”

Though endometriosis is common — affecting about 1 in 10 women, as Chung notes — the root causes of the disorder are largely unknown and there is no long-term cure, according to the Mayo Clinic. Chung went on to promote raising awareness of endometriosis for this reason.

“Anyway, maybe by raising some #endometriosisawareness I might be able to help someone recognise what they have sooner. 💛 ,” the Next in Fashion co-host wrote. “PS. Also not funny but sort of is because if you don’t laugh you’ll cry, this is what the top google answer says: “It's not clear what causes endometriosis. It may be linked to things like your genes or a problem with your immune system.” Maybe let’s get some research going into this women’s health issue so it can go from something “not clear” aka myssssttterrrrious to known about and treatable. :)”

Chung is one of many high-profile women who have opened up about their endometriosis diagnosis, including Julianne Hough, Amy Schumer and Padma Lakshmi.

Lakshmi recently told Women’s Health that she was "pissed" after realizing she could have been saved years of pain had a doctor recognized her endometriosis symptoms sooner.

"At first, I was relieved. It wasn’t until a year after the surgery that I started getting really pissed," the Top Chef host admitted. "Like, ‘Wait a minute, I lost a week of my life every month of every year since I was 13 because of this shit, and I could have had this operation at 20 rather than 36?' " she added. "I’m shocked that a health professional didn’t say, 'This is weird. Your cramps are above and beyond what they should be.' "