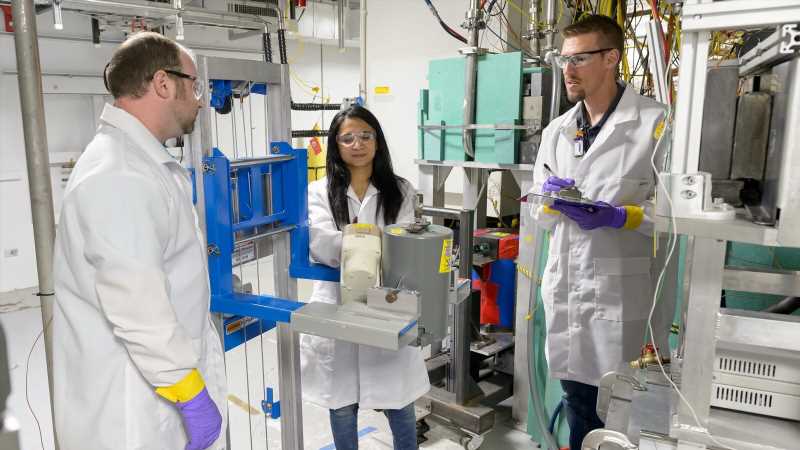 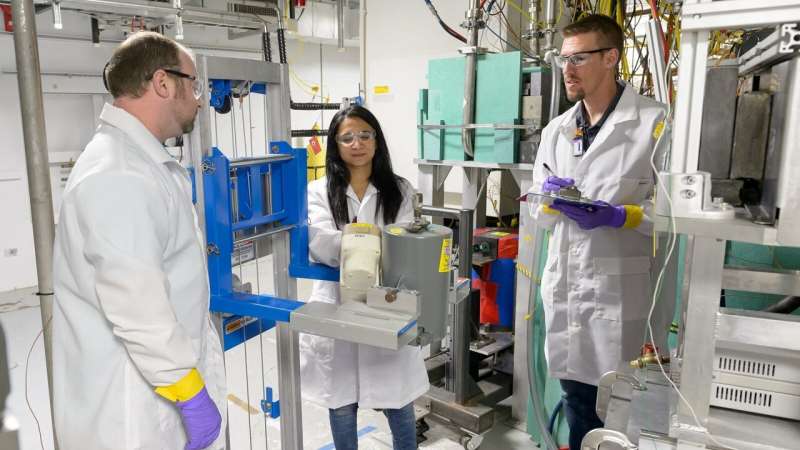 Cancer is one of the most dreaded diagnoses most people can imagine receiving.

However, no two cancer patients—even if they have the same kind of cancer—experience exactly the same disease.

Successful treatment requires an approach tailored to the specific nature of an individual’s disease. The more customized the therapy is, the more effective it will be at killing cancer cells and sparing healthy tissue.

One way to deliver a knockout punch to tumor cells is to use medical isotopes or radionuclides—radiologically active atoms that can provide a highly targeted dose directly at a tumor site. While not applicable for all cancers, targeted radionuclide therapy is providing doctors with a new weapon in their arsenal against cancer.

The use of radionuclides in medicine is not new: Every year, doctors perform more than 40 million medical procedures that rely on the use of medical isotopes. However, most of these procedures are currently for diagnosing disease rather than treating it.

Producing radionuclides requires specialized facilities—they can’t be manufactured in just any lab. At the U.S. Department of Energy’s (DOE) Argonne National Laboratory, for example, high-powered linear accelerators are dispatched to generate these radionuclides, and specialized radiological facilities are needed to purify them. Traditionally used for physics experiments, these accelerators have the capability to study and even create radionuclides for use by researchers and doctors.

Once produced, medical radionuclides can fall into three major categories. The first is diagnostic, where the radioisotope allows doctors to visualize a tumor’s precise location and contours within the body with greater clarity than an MRI scan provides. Another is therapeutic, where doctors use the radionuclide to deliver cancer-killing radiation directly to tumor cells. The third is theragnostic, which combines the power of both in such a way that the theragnostic radionuclide agent allows a doctor to both visualize and treat a tumor simultaneously.

When added into new generations of medicines that contain medical isotopes, or radiopharmaceuticals, that selectively seek out cancer cells, or that provide additional benefits in radiotherapy, these theragnostic isotopes will give doctors more options in the fight against disease and will ultimately give patients more hope.

Argonne’s long history of expertise in nuclear physics, nuclear chemistry, chemical separations and accelerator physics has paid dividends in the creation of both a radionuclide research and development program and a specialized process for supplying a particular radionuclide, copper-67, to the medical community.

“Copper-67 is an especially valuable radioisotope because it is theragnostic and because we have a way to produce it in quantities that would be useful to hospitals,” said Dave Rotsch, an Argonne chemist and deputy program manager of Argonne’s radioisotope program. “Because Argonne has unique facilities and expertise that allow us to produce these isotopes, hospitals are expressing interest.”

Argonne’s work in radioisotopes is supported by the DOE Isotope Program, which is the global leader in producing and distributing radioactive and enriched stable isotopes that are deemed critical or are in short supply. DOE’s Isotope Program is taking advantage of the capabilities found at national laboratories like Argonne and putting them to use developing advanced production and processing technologies for these much-needed isotopes.

In addition to this effort, the DOE’s National Nuclear Security Administration funds Argonne to support and accelerate the U.S. production of another isotope, molybdenum-99. Argonne continues to provide target testing and development, irradiation, and Monte Carlo calculation services for multiple commercial partners to accelerate domestic production of molybdenum-99. The laboratory also helps develop and optimize separation methods for those partners.

“Argonne has a long history of showing that we can make important contributions in radioisotopes—originally in R&D, but now in actually producing them as well,” said Argonne physicist and deputy program manager Jerry Nolen.

One key facility involved in producing radioisotopes is Argonne’s Low-Energy Accelerator Facility (LEAF). To make medical isotopes, the LEAF delivers a powerful beam of electrons, which are converted to gamma rays, which are highly energetic photons, or packets of light.

These gamma rays, in turn, strike a highly pure, stable target material, like zinc-68. The resulting photo-nuclear reaction ejects one or more protons or neutrons to make the desired radioisotope: copper-67 in this case.

Only a small fraction of the target mass is converted to the isotope of interest, which means that the target can be used over and over again.

“It’s a little bit like doing alchemy,” Rotsch said. “Essentially, by hitting our target with photons, we’re converting one element into another or one isotope into another.”

The copper-67 and other byproduct isotopes are separated in gaseous form in a process that involves vaporizing the zinc in the target material and condensing it on a cold surface. The copper is then dissolved into a solution and further purified through a process that allows researchers to selectively isolate copper-67 (or whatever isotope they might want) based on the chemical differences of the atoms that are present in the solution.

A world of medical isotopes

Copper-67 is not the only isotope of interest being studied by researchers at Argonne. Rotsch and his colleagues are also investigating scandium-47, another exciting theragnostic isotope, and actinium-225, which has shown great promise for treating cancer.

“With most standard treatments, like chemotherapy, you don’t know to which drug, or drugs, a patient will respond the best, so it can sometimes be a guess-and-check game,” Rotsch said.

Artificial intelligence also could help doctors pair radioisotope candidates with individual tumors. Using the genetic profile of a tumor on a computer, researchers and medical professionals could run simulations of how a radiopharmaceutical would attach to and attack the tumor. This would provide a good idea of which therapies would be most effective even before implementing them, said Kawtar Hafidi, Argonne associate laboratory director for Physical Sciences and Engineering.

“Argonne is unique in the suite of facilities and expertise that it offers, from the accelerators to the radiochemical separations to the computing,” she said. “By combining all of these resources, we can really make a range of treatments more effective.”

From Argonne’s perspective, the ultimate goal, Hafidi said, is to create an integrated program that allows scientists to develop isotopes as fluidly as possible and create pathways for new treatments that have yet to be conceived.