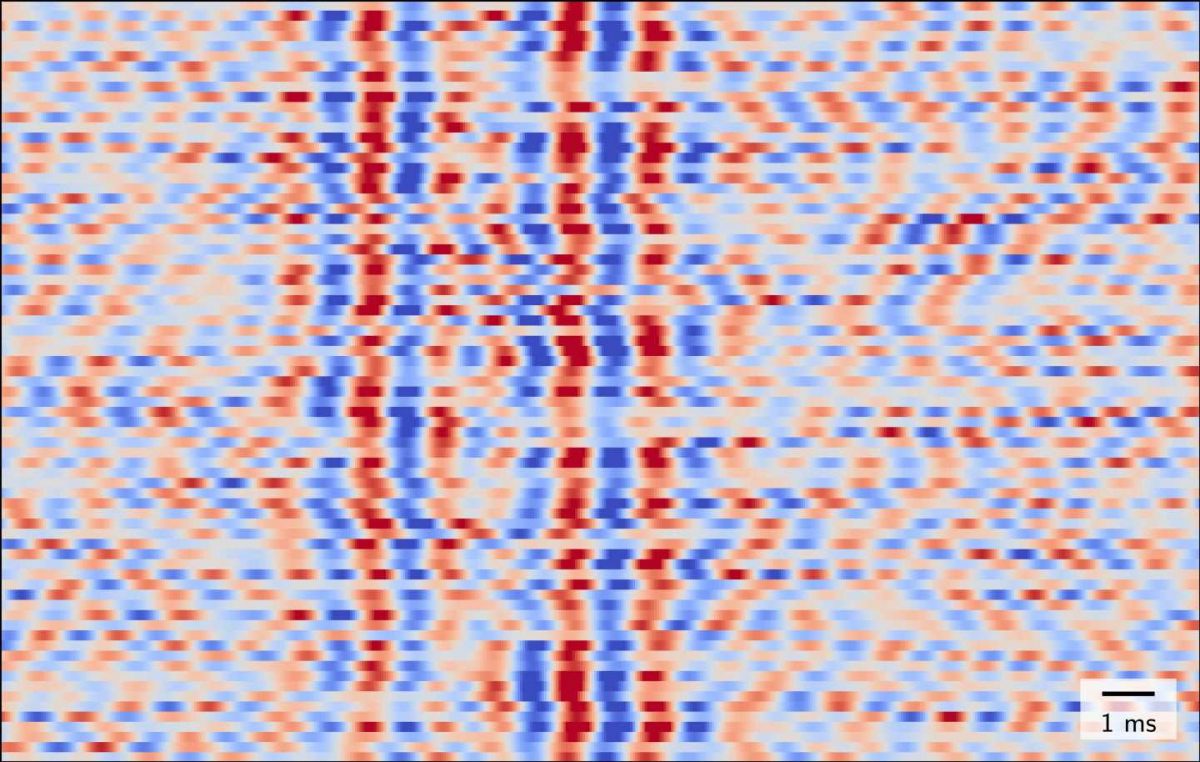 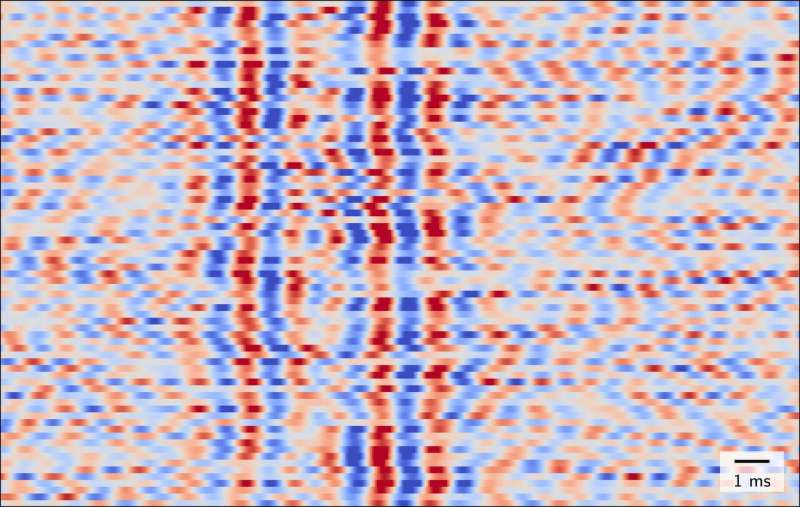 The brain processes information using both slow and fast currents. Until now, researchers had to use electrodes placed inside the brain in order to measure the latter. For the first time, researchers from Charité – Universitätsmedizin Berlin and the Physikalisch-Technische Bundesanstalt (PTB) have successfully visualized these fast brain signals from the outside—and found a surprising degree of variability. According to their article in PNAS, the researchers used a particularly sensitive magnetoencephalography device to accomplish this feat.

The processing of information inside the brain is one of the body’s most complex processes. Disruption of this processing often leads to severe neurological disorders. The study of signal transmission inside the brain is therefore key to understanding a myriad of diseases. From a methodological point of view, however, it creates major challenges for researchers. The desire to observe the brain’s nerve cells operating “at the speed of thought,” but without the need to place electrodes inside the brain, has led to the emergence of two techniques featuring high temporal resolution: electroencephalography (EEG) and magnetoencephalography (MEG). Both methods enable the visualization of brain activity from outside the skull. However, while results for slow currents are reliable, those for fast currents are not.

Slow currents—known as postsynaptic potentials—occur when signals created by one nerve cell are received by another. The subsequent firing of impulses (which transmit information to downstream neurons or muscles) produces fast currents which last for just a millisecond. These are known as action potentials. “Until now, we have only been able to observe nerve cells as they receive information, not as they transmit information in response to a single sensory stimulus,” explains Dr. Gunnar Waterstraat of Charité’s Department of Neurology with Experimental Neurology on Campus Benjamin Franklin. “One could say that we were effectively blind in one eye.” Working under the leadership of Dr. Waterstraat and Dr. Rainer Körber from the PTB, a team of researchers has now laid the foundations which are needed to change this. The interdisciplinary research group succeeded in rendering the MEG technology so sensitive as to enable it to detect even fast brain oscillations produced in response to a single sensory stimulus.

They did this by significantly reducing the system noise produced by the MEG device itself. “The magnetic field sensors inside the MEG device are submerged in liquid helium, to cool them to -269 degrees C (4.2 K),” explains Dr. Körber. “To do this, the cooling system requires complex thermal insulation. This superinsulation consists of aluminum-coated foils which produce magnetic noise and will therefore mask small magnetic fields such as those associated with nerve cells. We have now changed the design of the superinsulation in such a way as to ensure this noise is no longer measurable. By doing this, we managed to increase the MEG technology’s sensitivity by a factor of ten.”

The researchers used the example of stimulating a nerve in the arm to demonstrate that the new device is indeed capable of recording fast brain waves. As part of their study on four healthy subjects, the researchers applied electrical stimulation to a specific nerve at the wrist whilst at the same time positioning the MEG sensor immediately above the area of the brain which is responsible for processing sensory stimuli applied to the hand. To eliminate outside sources of interference such as electric networks and electronic components, the measurements were conducted in one of the PTB’s shielded recording rooms. The researchers found that, by doing so, they were able to measure the action potentials produced by a small group of simultaneously activated neurons in the brain’s cortex in response to individual stimuli.

“For the first time, a noninvasive approach enabled us to observe nerve cells in the brain sending information in response to a single sensory stimulus,” says Dr. Waterstraat. “One interesting observation was the fact that these fast brain oscillations are not uniform in nature but change with each stimulus. These changes also occurred independently of the slow brain signals. There is enormous variability in how the brain processes information about the touch of a hand, despite all of the stimuli applied being identical.”