A 5-year-old from Ethiopia who underwent a 12-hour surgery in New York last month is breathing easier after doctors removed a life-threatening growth from her face and neck. Nagalem Alafa, whose case was handled by Dr. Teresa O and Dr. Milton Waner at Lenox Hill Hospital, was in danger of either suffocating or starving due to an inability to swallow if the tumor was not removed.

According to Northwell Health, the girl was also in danger of bleeding out in the event of even a small cut or fall on the playground. Nagalem was born with a vascular malformation on her head and neck region that had been rapidly growing since birth. 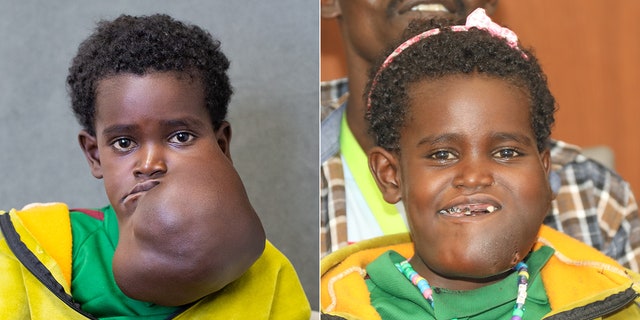 Nagalem, pictured left before her surgery and right at a press conference held after, was in danger of suffocating or starving due to the growth.
(Northwell Health)

“This type of surgery is very, very difficult, very dangerous and certainly life-threatening,” he said in a press conference following the successful operation.

He explained that the growth was adherent to the girl’s jawbone, and due to the sheer size of the blood vessels the possibility of accidentally puncturing one during removal could have proved disastrous. The doctors, who have previously treated patients with venous malformations, said it was one of the most difficult procedures they’ve ever done. 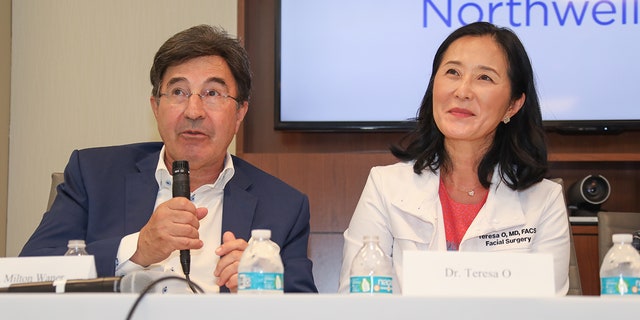 The girl’s father speaking through a translator said he was grateful to the doctors and thankful since his previous efforts to find care for his child were unsuccessful.

“One thing to recognize is that in America, we almost don’t see something this large because children get into care earlier,” O said.

The swelling on Nagaem’s face will continue to go down over the coming months, the hospital said, with Waner adding that the type of growth she had without surgery would have eventually been “incompatible with life.”