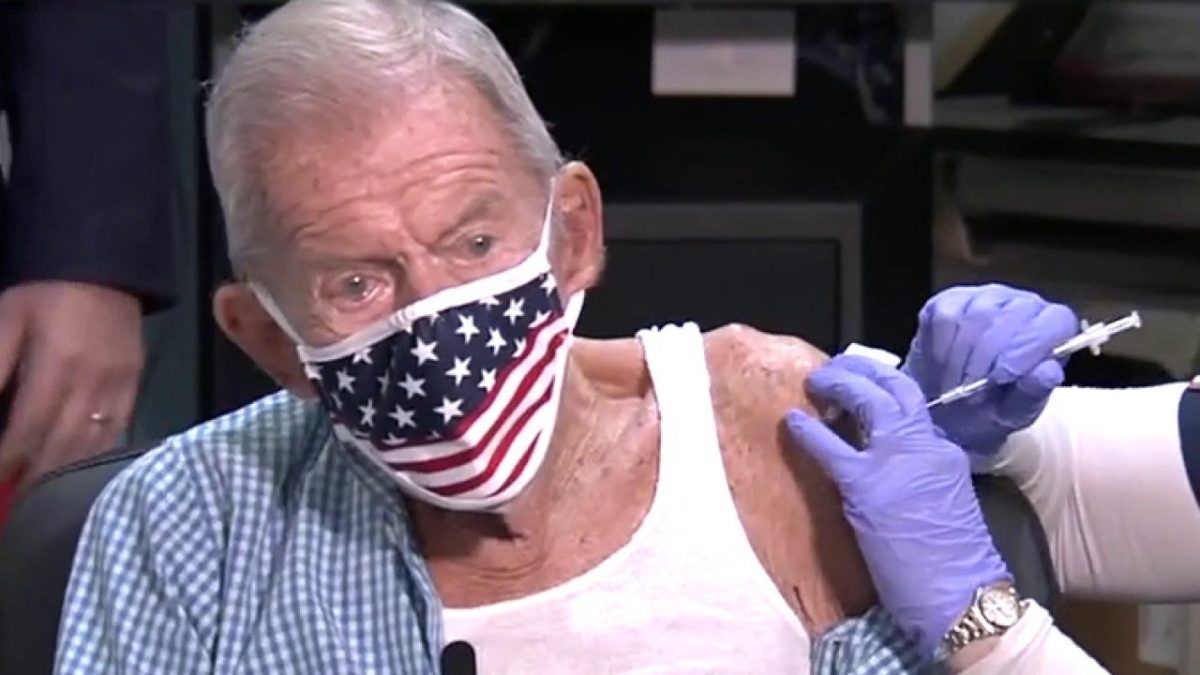 A 100-year-old World War II veteran becomes the 1 millionth senior to receive the coronavirus vaccine in Florida, live on

With Gov. Ron DeSantis looking on, Henry Sayler got the life-saving shot on live television. Nearly two-thirds of the state’s shots thus far have gone to senior citizens.

“I didn’t feel a thing,” he said after receiving the vaccination. “I just want to say how happy we are to live in the No. 1 state in the union and have the No. 1 governor in the union.”

Sayler is also a former GOP state senator who counts astronaut Buzz Aldrin and pilot Charles Lindbergh among his acquaintances.

“He’s an American hero,” DeSantis said, adding Sayler still had a good physique for someone his age.

“This is a handsome individual, and people know it.”

The Republican governor touted Florida’s prioritization of the state’s large senior population but called for the federal government to send more vaccines than it has on a weekly basis.

The Fox & Friends hosts, which included veteran Pete Hegseth, thanked Sayler for his lifetime of service.

Fox News meteorologist Janice Dean, who has quarreled with Democratic New York Gov. Andrew Cuomo over his handling of the coronavirus vaccine with regard to seniors, was visibly moved after Sayler received the shot.

The Biden administration has set a goal of injecting 100 million Americans in the first 100 days, which would be roughly the current rate the country is on of 1 million per day.