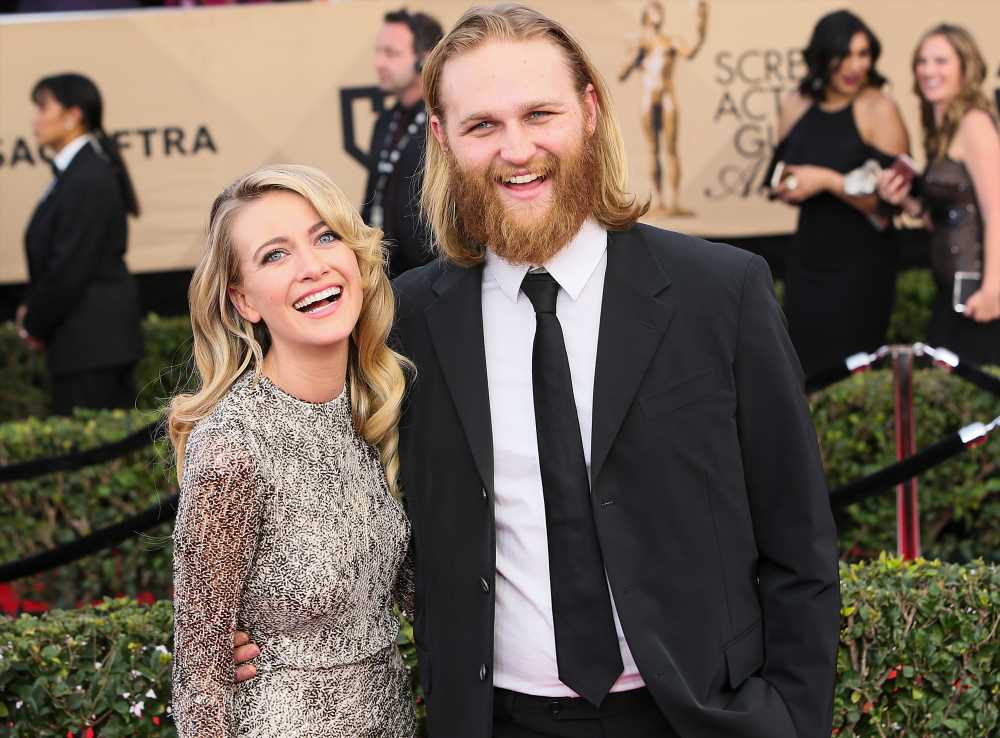 The couple welcomed their first child together, son Buddy Prine Russell, Hagner revealed Thursday on Instagram while sharing photos from a new feature in Vogue's April 2021 issue about interior design.

The Search Party actress says they welcomed their baby two weeks after the photos were taken. In the pictures, they smile inside the van they live out of on the road, with Hagner cradling her baby bump at the time.

"VOGUE, BABY! And right after these photos we HAD A BABY, BABY! April issue of @voguemagazine in our van, Carnella," she captioned her post. "2 weeks after these photos were taken we welcomed the heavenly Buddy Prine Russell into the world! It's been nothing short of magic."

In the Vogue piece, the new mom says they plan to bring their new addition on the road with them. "I mean, as soon as we can get our new van constructed, we're going to be on the road with him. That'll be a whole new set of adventures," she says.

Russell, 34, and Hagner, 33, fell in love on set in 2016 while filming Folk Hero & Funny Guy together, following in the footsteps of his parents Goldie Hawn and Kurt Russell, who hit it off while shooting Swing Shift in 1983. The new parents got engaged in 2018 and later tied the knot in September 2019 at Hawn's house in Aspen, Colorado.

RELATED GALLERY: See All of the Celebrity Babies Born in 2021 (So Far!)

On Dec. 14, Hagner showed off her baby bump on Instagram, joking, "The heavenly second trimester, when the vomit stopped and i could still tie my shoes and we lived in our van."

Sharing a glimpse at her baby shower a month before that, Hagner wrote on Instagram, "What a wild gift to carry this sweet life. my soulmate/ husband and I are overjoyed. Thanks to my california nearest and dearests for this magical, heavily covid tested day."

Russell's sister Kate Hudson revealed their pregnancy news on Instagram in November. "Celebrating our next family member today 👶 🍼 First for my bro Wy and @merediththeweasel We are over the moon and can't wait!!!!" Hudson wrote at the time, sharing a photo of her kissing Hagner's baby bump.

Russell previously raved about spending time with his nieces and nephews, telling PEOPLE in August 2018, "We get to go on vacations and stuff in the summer and be able to see each other and hang out it's nice. … I just try to spend as much quality time with them as I can."