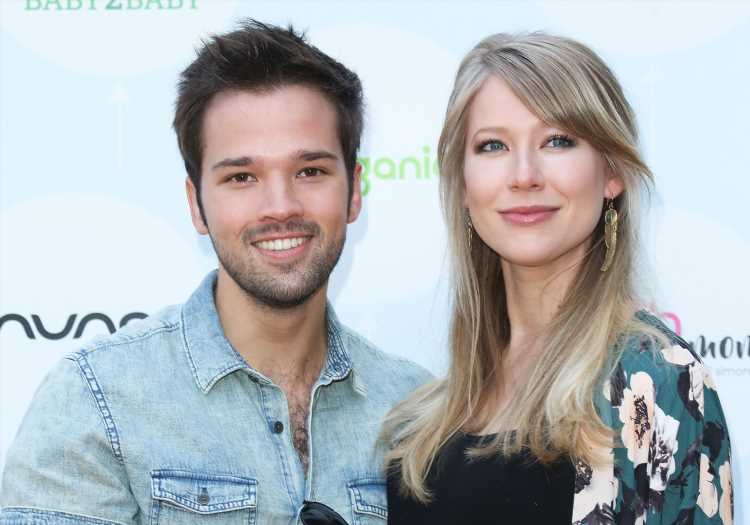 The iCarly star, 28, and his wife London welcomed their second baby, daughter Evie Elise Kress, on Saturday, March 20, at 5:31 p.m., he announced on Instagram Monday, sharing photos of the newborn. The baby girl weighed 6 lbs., 4 oz., of "light and love," Kress writes in his caption.

"My wife is superhuman, and doing extremely well," adds Kress, who also shares 3-year-old daughter Rosie Carolyn with London. "My children are the greatest little gifts on the planet, and I still can't seem to stop crying."

On her Instagram page, London shared a photo of herself holding her new addition in her hospital room, along with other images of their family after the delivery.

"A year ago, the world changed in drastic ways. Three months after that, you were conceived straight out of us getting Covid (guess we got restless after weeks of exhaustion 😜)," the mom recalls. "You are the epitome of a Covid baby amidst the Covid baby boom."

"Now, almost exactly one year since lockdown began, our lives have drastically changed again. But, our sweet one, this change has been one of hope and light," adds London. "You have signified life to us, after so much life has tragically been taken. You have been a rainbow in the cloudy days of Covid, and a rainbow baby to us personally. Evie means 'Life', & Elise stems from a family name (including my middle name) that means 'God's promise'."

"You are 'God's promise of life' to us, baby girl. You are a child of hope. We love you deeply, Evie Elise Kress (EEK 😅)," she concludes.

Who's Due Next? Celebs Who Are Expecting

The couple announced their pregnancy in October, explaining that the news comes after "multiple miscarriages." He wrote in his Instagram caption at the time: "Absolutely thrilled to announce that Baby Girl #2 is well on the way!! After multiple previous miscarriages, we can thankfully report that mom and baby are doing perfectly so far. Yet another reason to be excited for 2021!!!"

Kress and London costarred in the 2014 thriller Into the Storm and tied the knot in November 2015 after a six-month engagement.

In 2017, Kress opened up to PEOPLE about his journey to fatherhood ahead of his first daughter's birth.

"It's a joy, and fortunately, I'm able to be home a decent amount with the way that I work because what I do is in short concentrated bursts, so I've been able to help out," he said at the time. "It's been nice — it's been a cool time to change the house and get nesting and get things together."